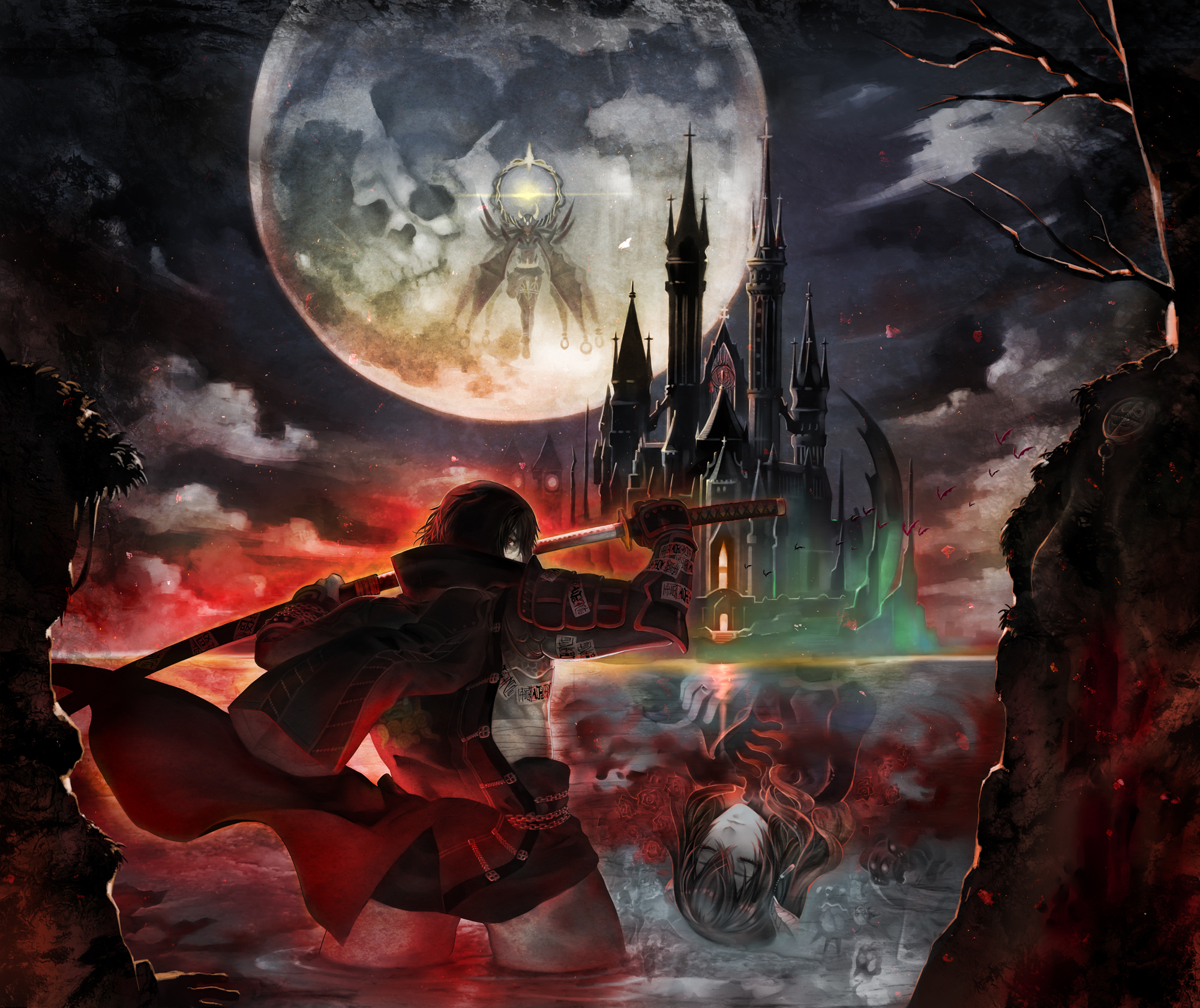 This takes me back

When Bloodstained: Ritual of the Night hit Kickstarter, it immediately became one of the biggest video games ever funded on the platform. Its initial $500,000 goal was quickly eclipsed, and by the time the campaign ended more than five million dollars above that, Koji Igarashi pledged and promised a bevy of stretch goals for the game. One of those goals, located deep in the basement at the $4.5 million dollar mark, was for a Prequel mini-game for PC and consoles. $250,000 more than that promised the mini-game would make it to portables. Consider this a promise made and promise kept, because at BitSummit, Inti Creates, one of the developers working on Bloodstained, revealed Bloodstained: Curse of the Moon.

Featuring aesthetics ripped straight out of the NES era, Curse of the Moon stars Zangetsu, a sword-wielding demon killer. Depending on player choices, Zangetsu can be joined by up to three other playable characters who can be switched into action at any time: Miriam, the lead character from Ritual of the Night; Alfred, a weakling armed with powerful magic; and Gebel, who has the ability to turn into a bat. The game will feature multiple endings depending on who players choose to ally with and each level has areas accessible only by certain characters.

Since Shovel Knight blessed us almost four years ago, my favorite art direction in gaming has been “NES graphics that could never have been done on an actual NES.” I mean this is plumb beautiful.

Not only does it look old-school, but Curse of the Moon plays old-school as well with two selectable playstyles: Veteran and Casual. Veteran brings a difficulty similar to those old Castlevania games including enemy knockback and limited lives while Casual features unlimited lives and no knockback. Individual characters will have their own health bars but not all bars are equal.

Bloodstained: Curse of the Moon will release on Switch, PlayStation 4, Xbox One, Steam, 3DS, and Vita on May 24 for $9.99. If you backed the game like I did, log into your Fangamer pledge page now. Backers above a certain threshold will get one download of the game for free on the console of their choosing.