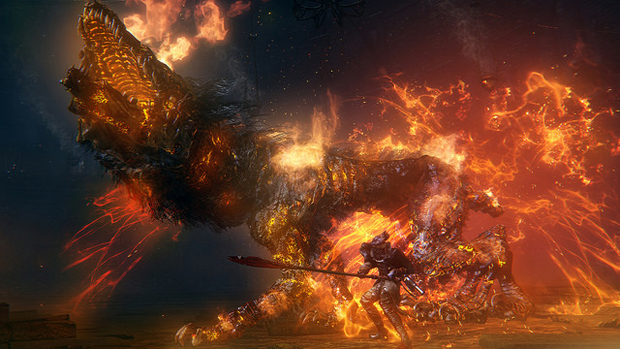 Why’d it have to be swamps?!

Procedurally-generated dungeons in Bloodborne, huh? I didn’t catch the PlayStation Experience demo showing them until now. Not something I would have expected for the game given how good From Software’s hand-crafted worlds can be, but as a single area, I’m interested.

Underneath Yharnam, there are multi-level underground ruins called Chalice Dungeons. You’ll need a holy chalice to enter them and their structure changes “every time a portal is opened.” You can share dungeons you’ve encountered or find new ones online, according to Sony.

There’s creepy stuff down there, like “pale-skinned masters” who have never encountered daylight. If The Descent is any indication, we’re screwed. “Despite their sunken, pitch-black eyes, be sure they will find you,” says SCE Japan Studio producer Masaaki Yamagiwa. How unsettling.

The Chalice Dungeons culminate in a fight with that fiery beast up there. Screwed, I tell you!