Insomniac did some amazing things in The Unspoken nearly four years ago and CCP rocked it with Sparc a year later. While Resolution Games’ Blaston isn’t quite as ambitious as those two, it’s also keeping that same competitive spirit alive in 2020. 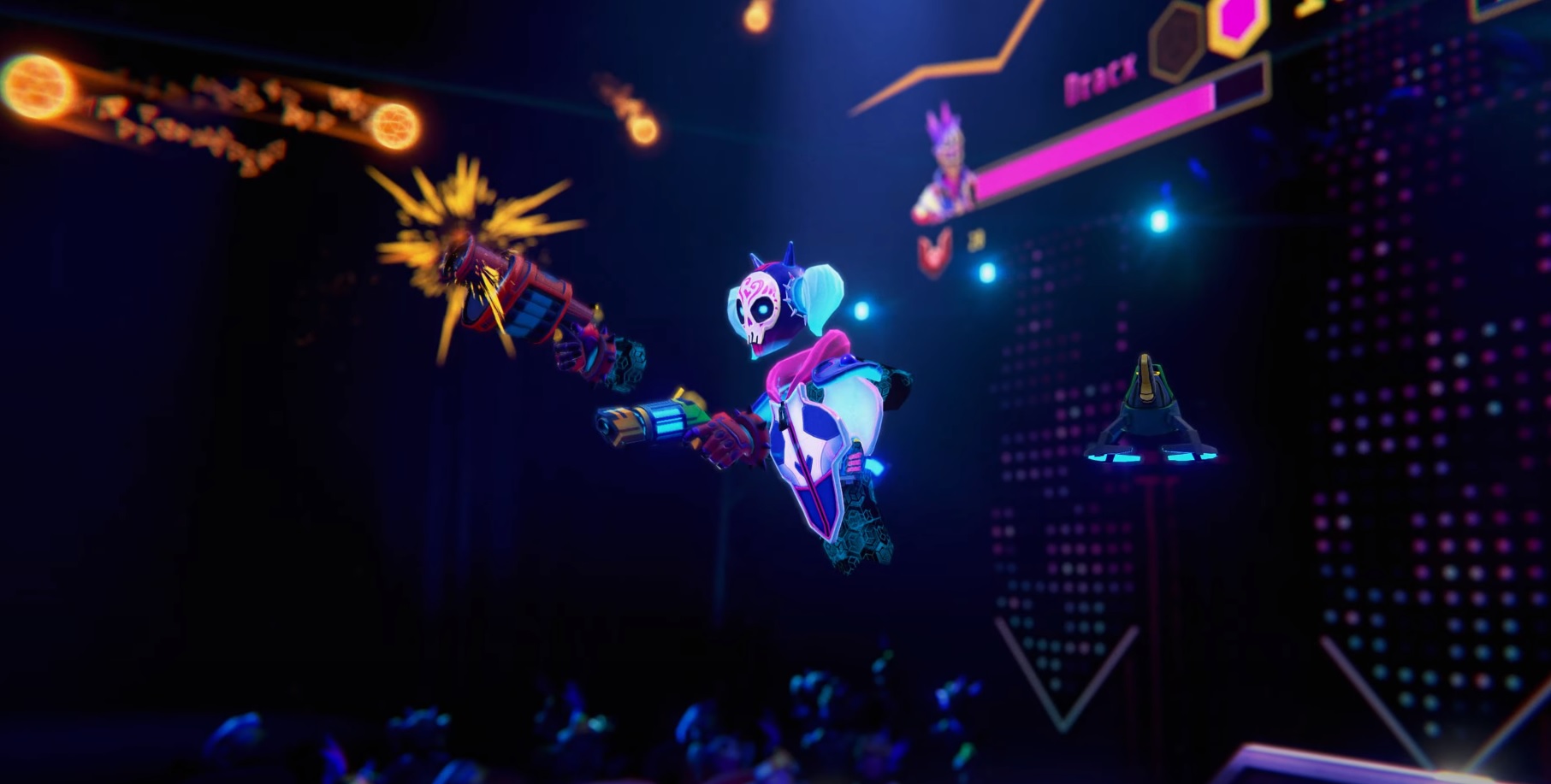 Because of how intuitive the Touch remotes are for the Oculus Rift/Quest, learning Blaston is pretty simple and only takes a few minutes.

The gist is that you’re standing on a Tron-like dueling circle with robotic (but also neon and cute) future theming, facing your opponent. Various weaponry (which can be customized) appears out of thin air around you: to grab it, you literally just grab it with your remote. To fire, you pull the trigger on the controller. See? I told you it was easy.

Of course, there’s nuance to how you approach each combat. Dodging bullets is governed by your actual body movements and you’ll need to sort of predict your opponent’s trajectory, as bullets move at a slow pace to heighten the drama. Some guns fire giant bullets that move extremely slowly, others are fully automatic, a shotgun fires burst shots in an area, one item is a quick-use shield: and so on.

Being able to use full head-and-hand tracking to do a “brush your shoulders off” motion after winning a round (I haven’t done this yet, but someone did it to me and then lost two straight!) adds a little self-made personality to the match. It’s also funny watching an opponent try to look at you, then look around frantically for a weapon, then look back at you; or stylishly attempt to “no look” fire.

Rounds are best-of-three, then you move on to a new foe. That’s basically it. You duel, you rank up, you earn more weapons/gear and unlock (or buy with real-money) more cosmetics.  While you can play against bots while the game searches for an opponent, the real longevity of Blaston lies with its community. For now though, I’m enjoying myself, and $10 isn’t that big of a punt (especially if you have that $10 in Oculus credit to use).

Blaston is out now on the Oculus Quest platform, with a full Steam and Oculus Rift release coming this year.