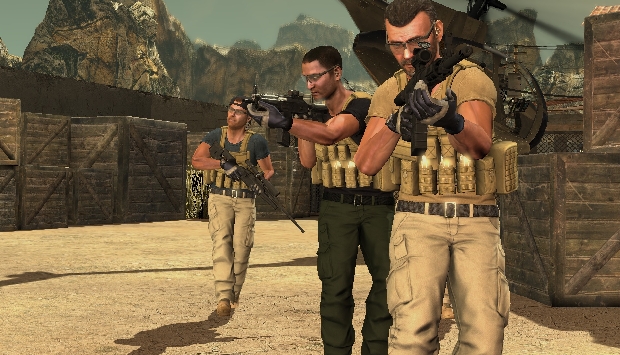 Last week at E3, I had a chance to sit down … er, stand up with Blackwater, a new Kinect-exclusive first-person shooter from publisher 505 Games. Just recently announced, the game has already caused quite the stir over its controversial title, named after the real-life mercenary group known for using some pretty hardcore tactics in the Middle East.

But, here’s the thing: I liked Blackwater (the game). I thought it was interesting and a pretty nice step forward to what can be done with the Kinect. Because of this, I wrote a preview of the game, determined to focus on nothing but the game itself, ignoring any controversy that may surround it.

But after reading my preview, it just didn’t feel fair. It wasn’t necessarily unfair to the readers or to the creators of the game — I was still writing my honest thoughts on how the game played! — but it ultimately felt unfair to me. I had conflicting thoughts about Blackwater the game vs. Blackwater the controversy. Why not talk about that?

Now that I have had a week to mull everything over, rewriting the preview felt like the right thing to do.

The biggest draw to Blackwater is the fact that it is an FPS game played with nothing but the Kinect — no regular controller is used outside of your own moving body.

This intrigued me, as, up until now, there hasn’t really been a Kinect game that has done much more outside of offering a healthy variation on basic (but fun!) minigames.

Blackwater is most definitely not a collection of minigames. It is a full, retail game with a traditional single-player campaign and all the standard trappings associated with your standard FPS: shooting guns, hiding behind cover, and completing missions.

It was this campaign that had me most concerned before playing Blackwater.

In the game, you play as members of the controversial Blackwater mercenary group. What did this mean? Would I be doing everything that Blackwater has been accused of doing? Would I be reenacting incidents that took place in real life? 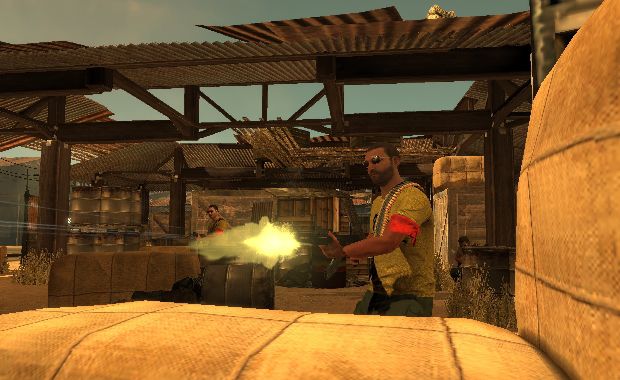 As a game alone, Blackwater is pretty interesting.

The game is on-rails like something like Time Crisis is on-rails. Movement is not completely independent. The game moves for you, only progressing forward once a group of enemies in a specific area is defeated.

To do this, players must hold out their arms and “point” at the area they want to shoot. When an enemy is targeted, a meter starts to fill up. If you manage to hold your target until the meter fills, the gun is fired and the enemy is shot.

To dodge, players can literally lean in any direction and hide behind cover. At first, I had trouble with this, as it was tricky to point in the right place and move your body all around at the same time. With time, though, everything felt much smoother … and with little to no lag!

On the downside, while other guns can be used, only one specific weapon can be equipped in each section — the game chooses for you. The option to select different guns at any time would have been nice, but, given the limitations of not using an actual controller, this is understandable.

All in all, I had fun with Blackwater. It was a really intriguing Kinect-only title that really tries some new things with the hardware.

But is that okay? Is it okay to like a game that casts you in the role of a real-life mercenary group known for its controversial tactics and headline-making hearings? Even if said game only makes this connection in name alone?

I don’t know. I would say yes — just as with another infamous, controversial scene in Call of Duty: Modern Warfare 2, it’s just a game! — but maybe it is more complicated than that.

But is associating the game with Blackwater garnering the wrong kind of attention?

What do you think? I think this is an interesting and important conversation. What happens when a game connects itself to something controversial in real-life? Is it a bold move? A strange one? A doomed one? What if the game was exactly the same, but had a different name?