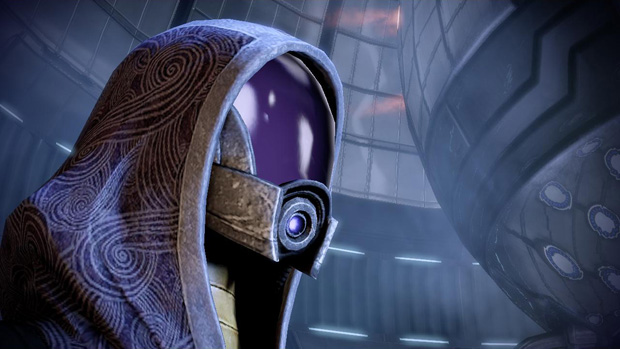 Forget about who Liara’s father is, or where the Illusive Man is located. The big mystery of the Mass Effect franchise has to be what one specific Quarian looks like: Tali’Zorah. What’s underneath the mask?

Many of the characters in the franchise will see a makeover for Mass Effect 3 — Jack, for example, will wear more ‘mature’ attire, and Ashley will let her hair down. Tali will see a redesign too, but according to Casey Hudson, the executive producer of Mass Effect 3, BioWare is still debating whether or not they’ll unmask her.

The unmasking is seen almost like a lose-lose situation. “A lot of people want to have her face revealed and obviously people are going to be pissed off either way,” says Hudson. Though they dread the decision right now, they know that it’s something they’ll have to eventually decide upon.

In the meantime, fans can keep making ridiculous shops of Tali’s unmasking. Some of my personal favorites include Wrex, the Na’Vi and creepy pedophile Shepard.