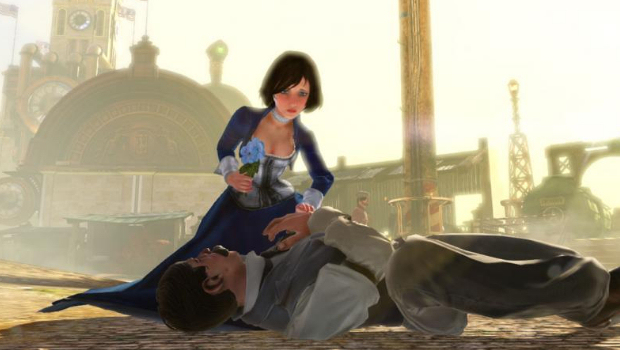 According to 2K Games, BioShock Infinite will “revolutionize action storytelling” on October 16. That’s the official North American street date, while worldwide customers can nab it on the 19th.

Computer gamers will be happy to know that the PC version is scheduled to launch on the same day as the console alternative.

“After BioShock, we had a vision for a follow up that dwarfed the original in scope and ambition,” waxes Ken Levine in the official press release. “BioShock Infinite has been our sole focus for the last four years, and we can’t wait for fans to get their hands on it.”

Players will step into the shoes of the brilliantly named Booker DeWitt and haul ass around the sky city of Columbia with Elizabeth, the woman you’ve seen fiddling around with dead horses in trailers. I’m expecting incredible things, and I’ll be keeping ’em crossed that Irrational Games can deliver.