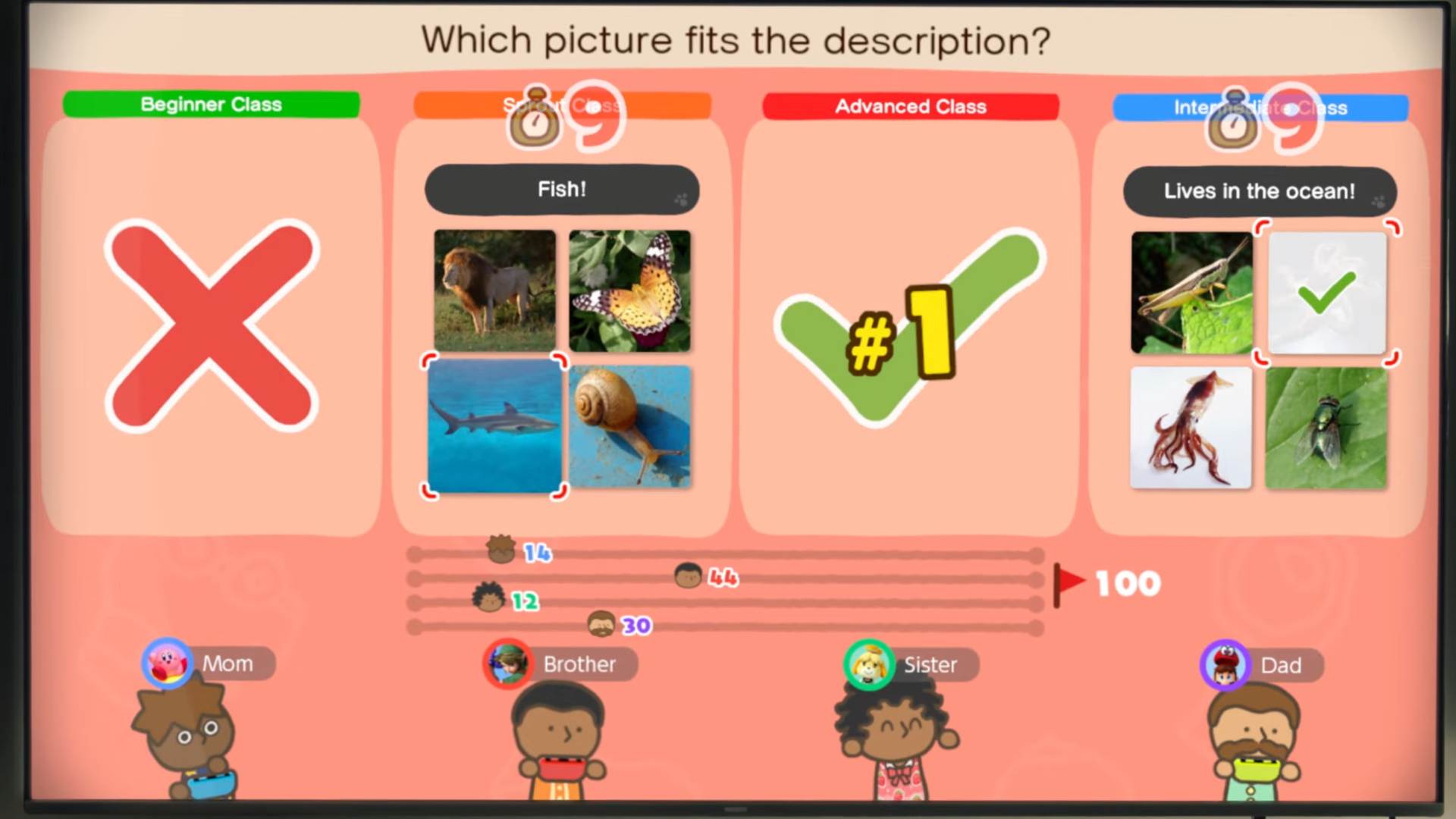 Pit your brains against each other

The big draw of this Big Brain Academy is its multiplayer features. The Party Mode allows up to four players to pit brain against brain, earning the highest points by quickly completing activities. These fall under five different categories—Identify, Memorize, Analyze, Compute, and Visualize—that all test your brain in different ways. Each player can also set their own difficulty level in the Party Mode.

If you’d rather undertake the activities solo, that’s also still an option, as well as three players via local play or playing against others online using data downloaded over the internet.

Big Brain Academy also introduces a Test mode, where you can be tested in a series of five activities and then presented with your score, from the in-game host Dr. Lobe. Testing lets you unlock new cosmetics for your avatar, and you can also challenge the intellectual “ghosts” of your family and friends in this mode too. The Ghost Clash mode lets you take on other brain trainers from around the globe.

It’s been quite a while since the last entry in the Big Brain Academy series, as the last game launched on the Wii in 2007. It’s not quite the infamous Brain Training, but hey, any way to train my brain on the go is fun to come by. The launch date is a little odd though, seeing as Big Brain Academy: Brain vs. Brain is scheduled to launch on Dec. 3, the same day as the Advance Wars reboot, Advance Wars 1+2: Reboot Camp.