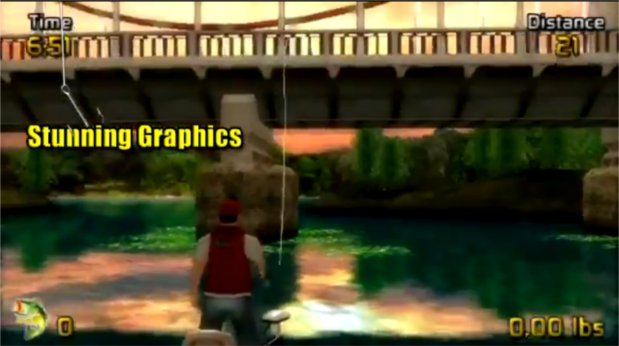 Check it out! There’s totally a new trailer for Big John Games’ Big Bass Arcade: No Limit for the Wii featuring those ooh-so-stunning graphics! I respect the Wii, I use mine quite a bit, but I’ve never understood why developers use graphics as a selling point for Wii games. That’s obviously not where the system’s strength lies.

One of No Limit‘s bigger selling points, in my humble opinion, is that it “takes all the best features of a fishing game and gets you right into the action.” I’m only marginally interested in the idea of fishing games, but a lot of times the equipment management and nitty-gritty of it can be a bit of a turn off. So much of a turn off, in fact, that I cringe noticeably every single time I hear about a new fishing game (this one included). If that’s your thing, though, this one’s coming out later this month.