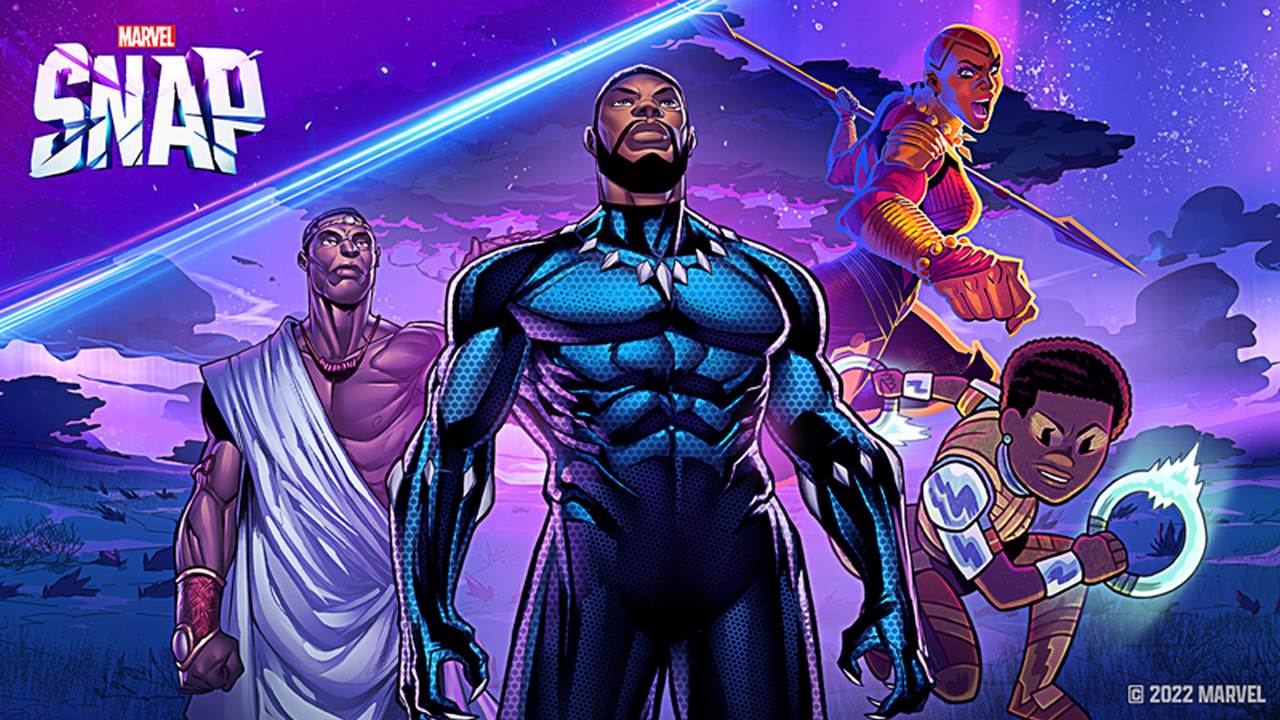 Some tips for building a perfect lineup for T’Challa

Black Panther has entered the field of Marvel Snap, and he brings some interesting potential to the board. From his unique ability to his synergies with other cards, Black Panther can make quite an impact if played right.

It’s the Warriors of Wakanda season right now in Marvel Snap, and so we’ve put together a guide for making the most out of this impactful 5-drop. As a refresher, here’s the details on T’Challa: 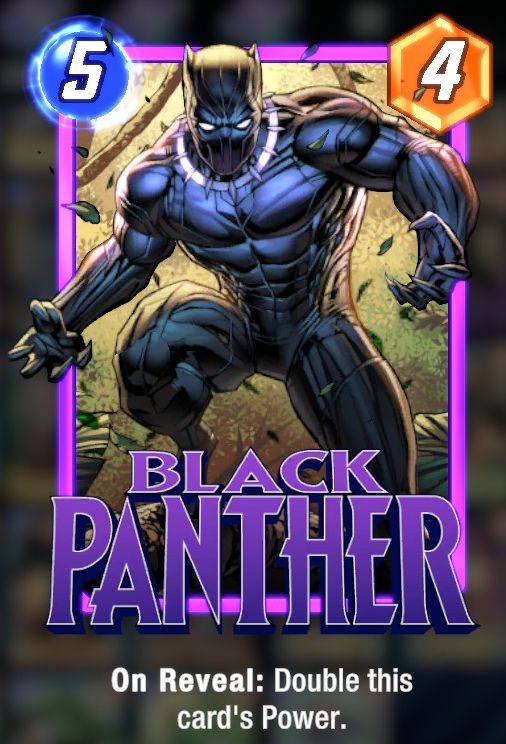 This card obviously has some raw power in its own right, as a 5-cost 8 Power body on the board if the effect goes off. But a few tricks can make Black Panther hit the board even harder, or give him an extra tune-up the turn after.

Here are a few options we came up with, after taking a look around the pool lists, our own cards, and others’ takes on Black Panther. We’ve also split them up a bit, so you have some options whether you’re in Pool 3 or still in Pool 1. (Thanks to MarvelSnapZone for their deck builder tool.)

Here’s a budget-friendly deck for folks who picked up the pass, but are still low in Collection Level. Most cards here are from early on, ranging up into Pool 2, as it’s basically a modification of our Pool 1 Odin deck.

While it’s not too fancy, it does lay out a baseline for what’s possible with Black Panther and his potential synergies. Okoye and Nakia can buff him before he hits the board, making every point double its value once T’Challa is played.

The turn 5-turn 6 Black Panther and Odin combo is straightforward, giving you double the effect. Hulk Buster gives you a good option if Odin never surfaces, and White Tiger can be an Odin counterpart if the main combo doesn’t work. It’s nice to have contingencies, after all.

This is for those deep into Pool 3, as we’re using a few cards from that group. If Odin was a good pal of Black Panther’s, Wong is a BFF, allowing for an easy double-up for multiple cards.

Controlling the field is the key here. Cards like Goose and Storm lock areas down, preventing opponents from playing into them. Then, using cards like White Tiger, Doom, and Arnim Zola, you loophole through the rules and into wins.

Arnim Zola and Wong are the combo enablers here. Cards like Magik allow you to extend the timeline a bit if you need a combo to still pull together. And other drops, like Nakia or Jessica Jones, are easily swappable as you find your own cadence.

This might be my favorite deck in theory, because it’s all about the negativity. Mister Negative’s key ability is to swap the cost and Power of all the cards in your deck.

For Black Panther specifically, this can make him a 4-cost 5-Power card that will double up to 10. Tack on a cheaper Wong, a zero-cost Iron Man and Mystique, and and you’re looking at some devastating combos.

Magik is totally optional here, but it’s nice to have extra turns and energy to drop some of these combos down. White Tiger is an easy addition, as is Okoye.