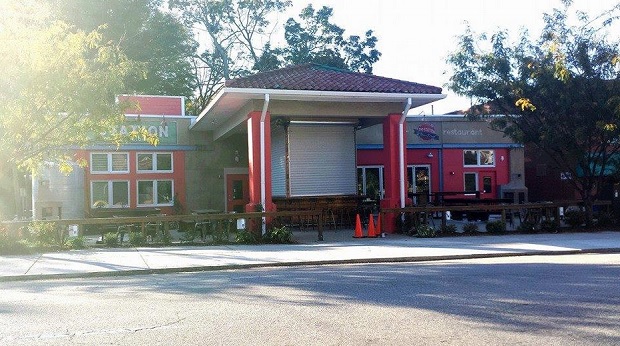 He’s eyeing a barcade next

Cliff Bleszinski has been on quite the entrepreneurial run since his 2012 departure from Epic Games. It was recently revealed that he’s opening up a new studio called Boss Key Productions. While developing videogames will be right up his alley, he also ventured outside his comfort zone to found a business in an industry that’s less familiar to him — the restaurant industry.

In an interview with Men’s Journal, Bleszinski tells how he opened a pub named “The Station” in Raleigh, North Carolina. The establishment is designed to look like “a modern take on a 1910 Amoco gas station,” and Bleszinski went in on it with a business partner that owns other restaurants.

While videogames and bars seem worlds apart, Bleszinski commented that they can be pretty similar. He elaborated “This restaurant looked like chaos and then I realized everything is just systems. The videogame is systems that are operating together that the player manipulates. One thing I’ve learned about the restaurant business is to keep an eye on your ticket times and keep an eye on your customers. Make sure they’re happy.”

Bleszinski doesn’t intend for The Station to be a one-off experiment. He’s already planning his next foray into selling booze, and it’s much more ambitious. Sometime in Spring 2015, Bleszinski intends to open a barcade called “The Raleigh Beer Garden” that’s going to have arcade cabinets, pinball machines, and around 350 beers on tap. Maybe it’s no surprise that even in the restaurant business, he’s injecting a little bit of what he knows best.

From Gears to Beers: A Video Game Mogul Opens a Restaurant [Men’s Journal via Eurogamer]