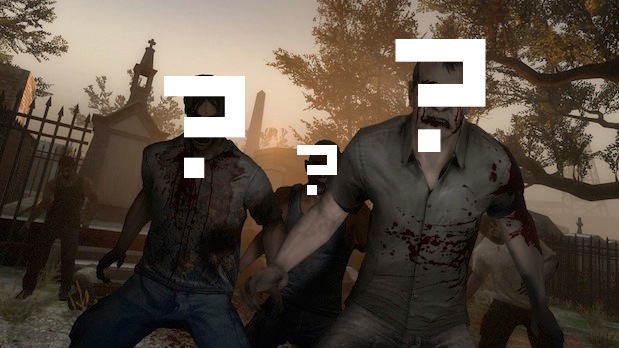 Ever wanted to eat brains? Run with a limp? Star in a cheap videogame promotion as an awkward zombie who may have just finished a helping brains and then has his head smashed in by a pre-order-only baseball bat? Well, have we found just thing for you: the GameStop “Leave Yourself Left 4 Dead” promotional video.

To get in on this potential bit of hilarity, simply follow this link and click on “Become a Zombie,” a second link that is directly underneath GameStop’s video player.

In turn, this allows a likeness of your face to be shown during the short promotional video starring Left 4 Dead 2 protagonist Nick knocking the stuffing out of a zombie’s head. Well — we guess it’s your head at some point. Have fun with this, but remember, we don’t trust people who have turned or look like they might in the near future. Unless you’re Michelle Rodriguez, then you’ll get a free pass.