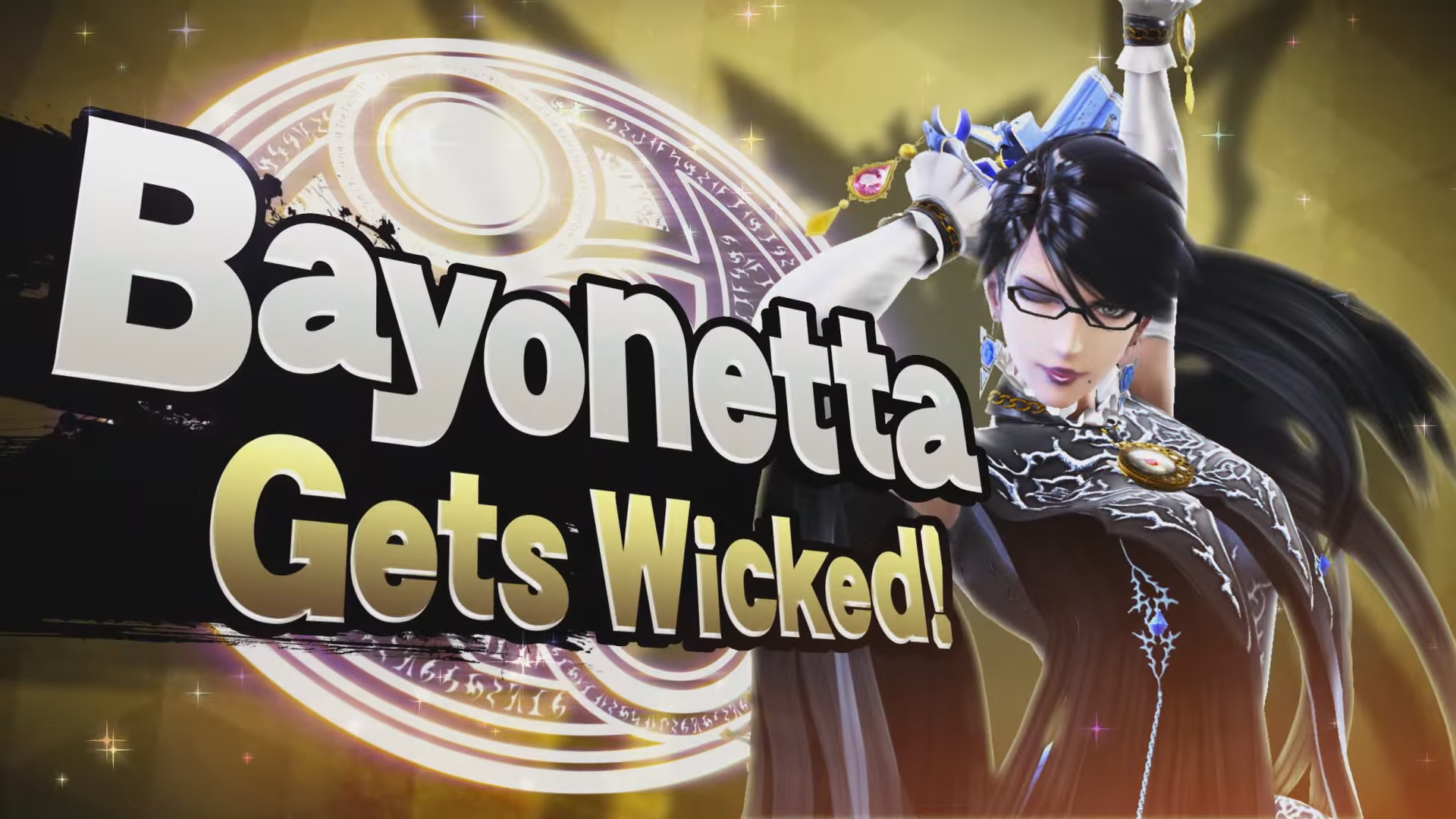 Bayonetta, a character many fans have wanted in Super Smash Bros., has just been officially announced for the game! Bayonetta was the #1 choice in Europe’s Smash ballot, and in the top five in North America. In fact, she was #1 worldwide!

Her playstyle is combo-oriented, with many multi-hit moves, even smashes. If players press and hold attacks, she will start to use her guns at the end of the move. Her down special is the one that has me the most intrigued: it’s a counter, but instead of just countering, she uses Witch Time to slow the opponent. If she triggers Witch Time late, Bat Within triggers with separate properties!

Damn this game just got a lot sexier! Bayonetta is “targeted” for a February release date, alongside Corrin.