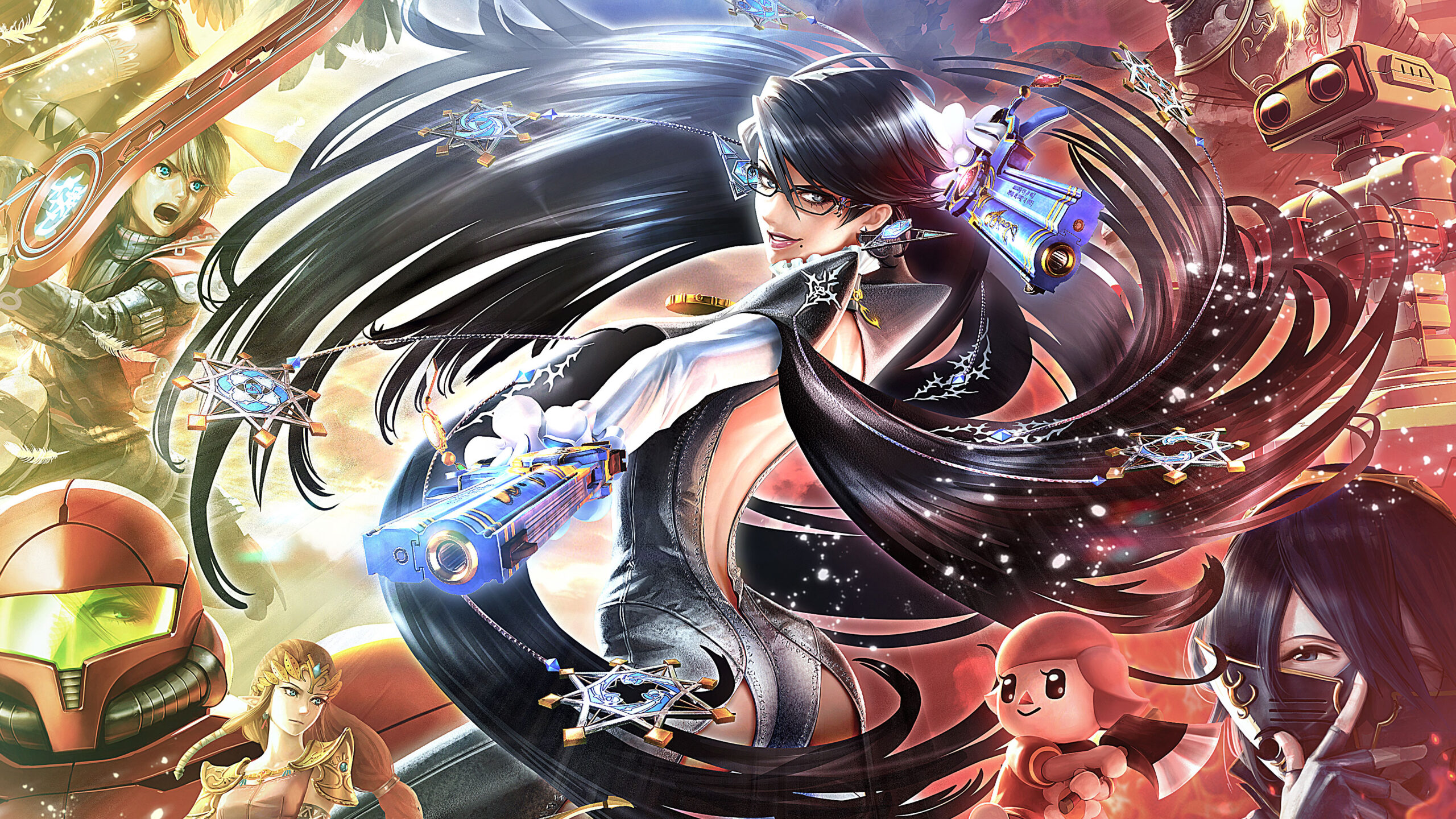 Here’s the step-by-step experience I have had with Bayonetta’s character in Super Smash Bros. First, take her into the training room and understand how her moves work. Then, play some matches against the CPU. Feel confident, then go online.

Immediately get hit by an opponent’s Bayonetta with a gigantic combo. 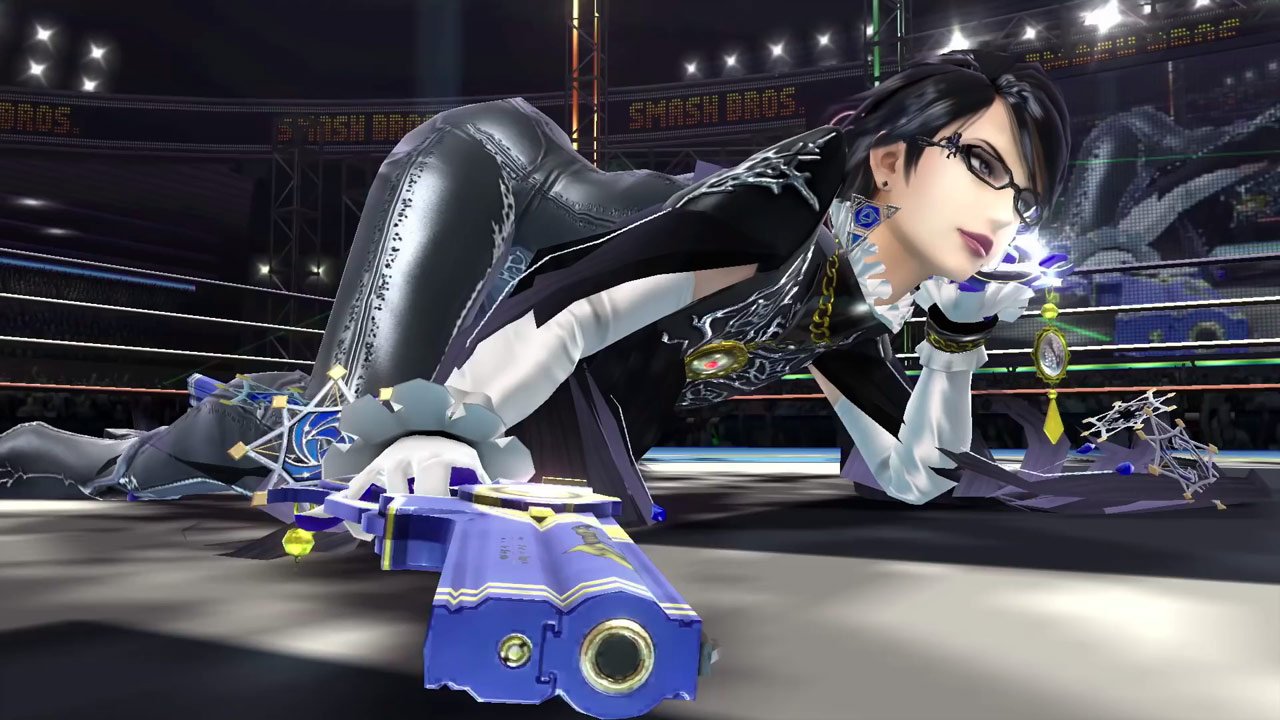 Honestly, Bayonetta is probably the least Smash Bros.-esque character of the roster. I can’t quite put my finger on it, but she just feels….different. Yes, Ryu has crazy things at his disposal, but the essence of the game is still present. Bayonetta feels like, well, playing Bayonetta. Personally, I think this is great! It just takes a lot of time to get used to.

Bayonetta’s strength is in her combos. Many of her moves output little damage and knockback, but her ability to chain moves together has already led to people coming up with “zero-to-death” combos. In other words, she can land a hit on you with no damage and bring you to a blast zone.

I, of course, could barely take a stock off of people. Bayonetta, like Ryu before her, is a character that demands the player to practice. Hit the lab, as they say. Those zero-to-death combos aren’t easy and not always practical, but the idea behind them is solid. Players need to know how to string together special moves given any situation in order to capitalize.

Her up special can actually be used once per jump. When I found out about this, I freaked out. Now, the recovery on it is straight-up bad, but as the Facts of Life tell us, you take the good and you take the bad. I’m almost inclined not to call it a recovery move, but a combo move instead. If Bayonetta gets hit below the stage with only one jump, you can pretty much forget about recovering. Two jumps with two up specials, however, is actually good vertical recovery.

Her side special has decent horizontal recovery, but again, its main purpose is as a combo move. In fact, if Bayonetta’s side special connects, she can use it again! If used on the ground, it’s a slide that covers a decent amount of ground and if you hold the B button, she finishes with a flourish of a kick that knocks opponents skyward. It’s not the most reliable hit, though, and often misses even if the slide connects.

In the air, the move is a diagonal-upwards kick that can often combo into itself, especially at low percents. This is definitely a huge part of her arsenal, as it can rack up easy damage and extend combos. Oh, and if you use this move while fast-falling, it goes at a downwards angle instead! I found this out on my way to a self-destruct… 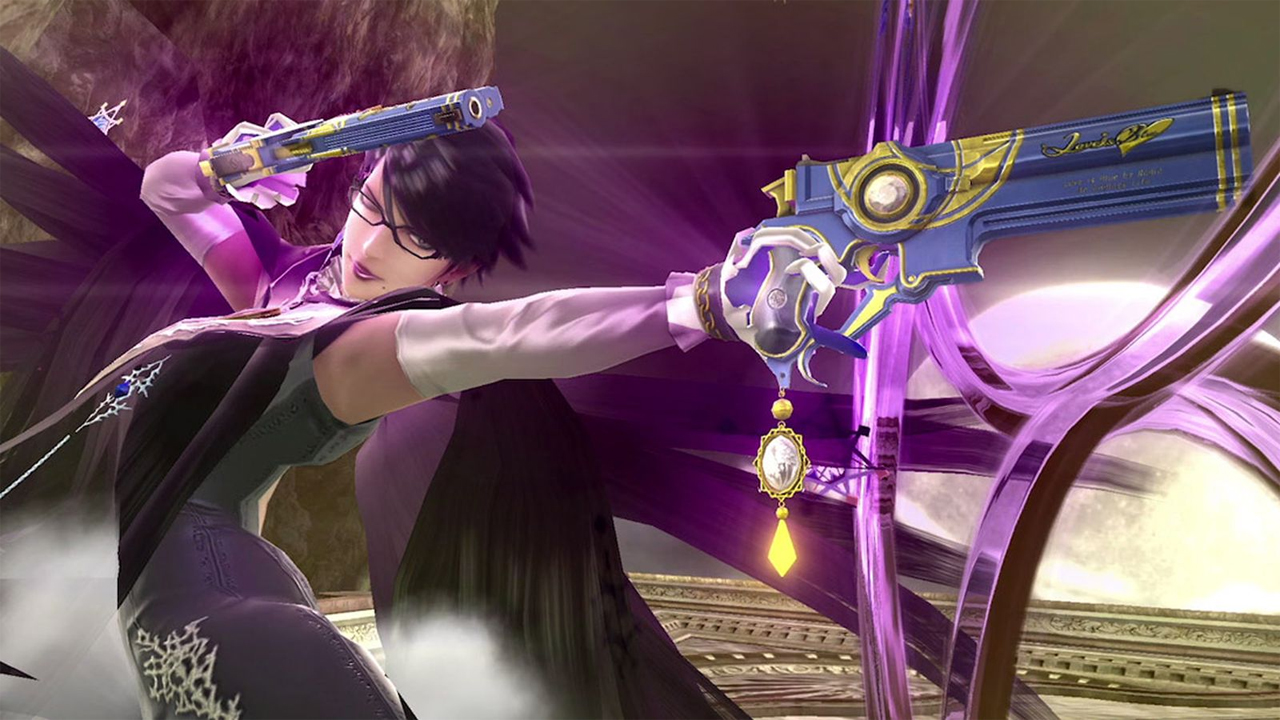 Her neutral special shoots projectile bullets, and can be charged. This is generally a nuisance at best, and it’s important to remember that she doesn’t shoot straight. The bullets travel upwards at an angle. The best thing here is that Bayonetta will alternate between using her hand guns and her feet guns!

As for Witch Time, her down special, oh man. The timing is very tight to pull off, but this is easily one of her best, albeit situational, moves. Instead of being a traditional counter, it actually slows the attacker and allows Bayonetta to move about freely. Racking up damage is incredibly easy when Witch Time is active, and there are so many possibilities at Bayonetta’s disposal. It’s incredibly satisfying to pull of.

Her smashes are all quite powerful, with high damage numbers and knockback. They’re straightforward attacks, with giant fists and feet appearing to bash the opponent senseless. My favorite is her down smash, which is a great edge-guarding tool. You can use it while on the edge to cover the area off of the edge. Connecting will also spike!

Normal attacks can be held to throw in some bullets for good measure. These are interesting in that they don’t count as projectiles (can’t be reflected) and have no hitstun, similar to Fox’s laser beam. When knocking someone away it’s a nice way to add a percent or two, but I haven’t found much real application for it since it keeps Bayonetta in place. Usually, you avoid that.

Her throws aren’t kill throws. Forward throw will kill around 160 percent (without DI, on Mario), which is as good as it gets. Her down throw, however, is a great combo starter as it pops them up to a decent height at low percents.

What everyone seems to be loving is her forward aerial. It has three hits to it, each requiring a button press. Apparently, not using the second two hits is optimal and leads in to many different combo options. It’s being called “fair cancelling,” but that seems pretty disingenuous since nothing is “cancelled.” I propose “fair unfinishing.” Mmm, that’s much better.

I think Bayonetta has a bright future ahead of her in terms of competitive Smash Bros. She’s quite technical, and people love that stuff, especially coming from Melee (though she’s not technical in the same way). While I’m not sure she’s qualified for “top tier,” I think she’ll see lots of use and a whole lot of “oooooOOOOOOOH SHIT!” moments in tournaments, which I look forward to.

Her accompanying stage is wonderful. Not only are there a load of music tracks, but everything about the stage is great. The background is highly detailed and fun to watch without being distracting. Platforms will show up and leave, which helps keep things fresh. One of them is under the stage, so I doubt we’ll see much use of it in tournaments. But for us normal folk, it’s a brilliant stage that needs to be in your rotation.