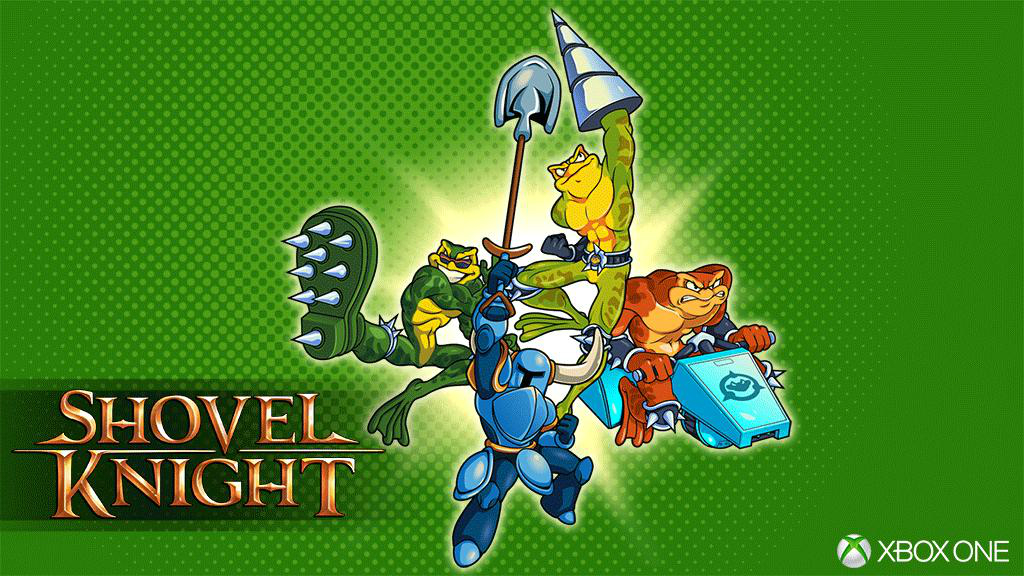 Shovel Knight is on its way to Xbox One in April, and the Battletoads are coming along for the ride.

The Battletoads, who debuted on the NES in 1991, are going to be returning in the Xbox One version of Shovel Knight! It has been so much fun to bring the radical attitude and gameplay of the NES classic to the Shovel Knight world.

While Rare’s amphibian heroes are making an appearance in the Xbox One version, God of War protagonist Kratos will have a cameo of his own in the upcoming PlayStation Network release.

Will we ever see any classic Nintendo characters on the Wii U or 3DS versions? We asked the team at Yacht Club Games, who said they “would love to see that happen.” Any suggestions?