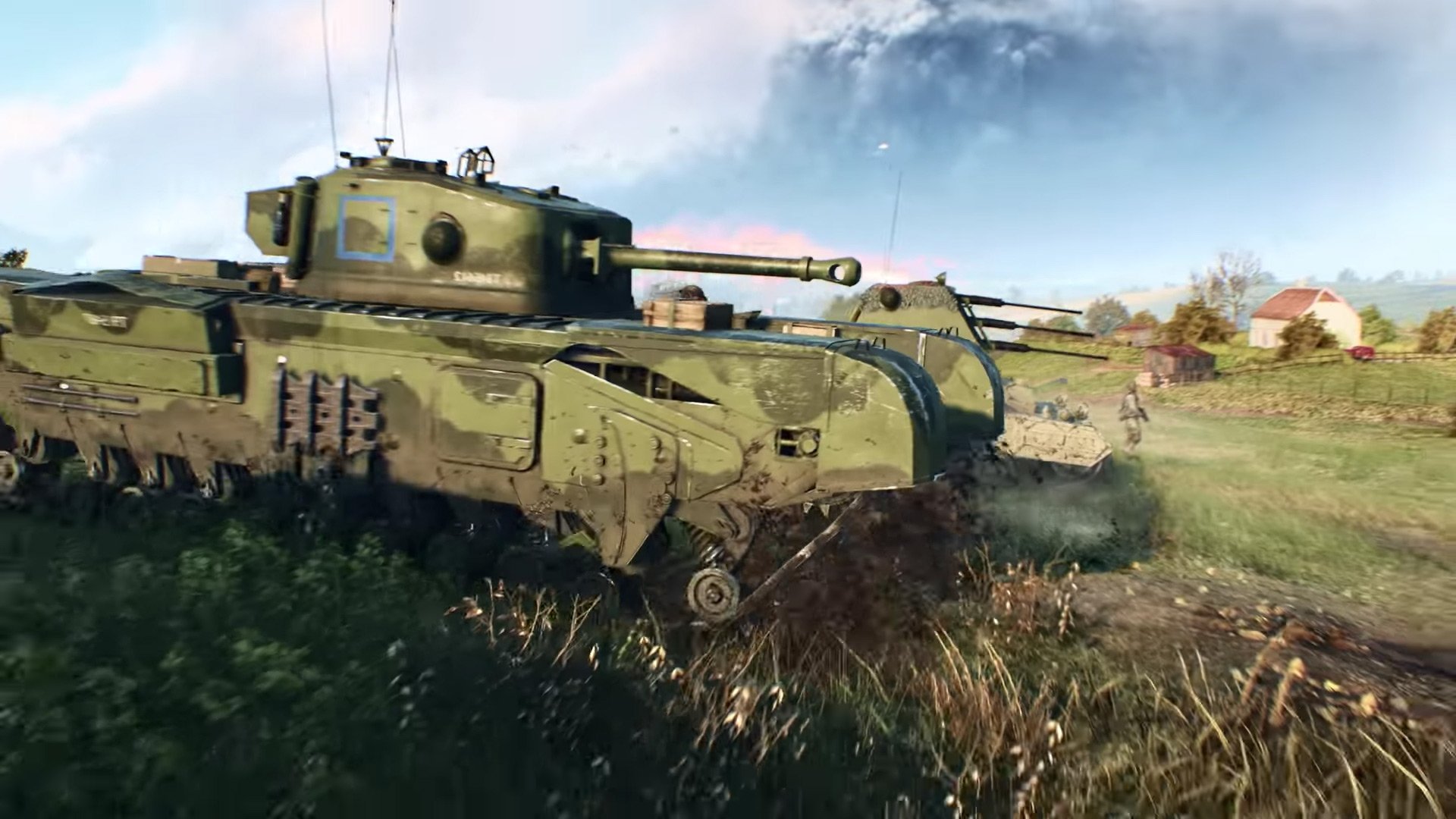 The Tides of War bring a new story, map, and practice range

The first batch of Battlefield V‘s post-launch content is upon us. Rather than using a premium pass model, this time, DICE has opted to go with a free DLC schedule dubbed Tides of War. The plan will eventually lead to the release of the game’s battle royale mode Firestorm, but that’s not until March. Tomorrow, we’re getting a new story chapter, another map, a practice range, and vehicle skins.

As shown in this accompanying trailer, the new War Story, “The Last Tiger,” is a tank-centric mission from the German perspective. That premise fills in a gap in Battlefield V‘s single-player offerings, but I’m not expecting a whole lot. The three existing standalone stories didn’t do much for me.

The incoming multiplayer map, Panzerstorm, is more my speed. It’s also all about tanks. Inspired by the Battle of Hannut in Belgium, the map “allows up to 17 tanks (and three more Reinforcements),” as writer Jonas Elfving notes on the PlayStation Blog. I’ll need start to start leveling my Assault class.

If you haven’t had many chances to try out vehicles in Battlefield V, I feel ya. This week’s update includes a practice range with shooting and driving exercises to help us brush up our skills. I always feel guilty mucking around with this stuff in live multiplayer matches, so that’s much appreciated.

The update caps off with cosmetic options for vehicles like nose art on planes.

Everything mentioned above will launch tomorrow, December 4 as “Tides of War Chapter 1: Overture.” Again, if you own Battlefield V, you’re good to go. This content isn’t gated behind a paid pass.

For a look at the current Battlefield V roadmap, check the image below.