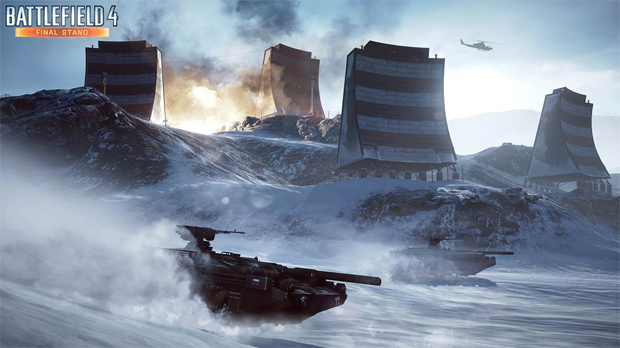 Out tomorrow for Premium members

This trailer for Battlefield 4‘s Final Stand DLC, like many Battlefield videos before it, makes me want to play the series. They’re packed full of cool moment after cool moment that you could, in theory, encounter yourself in the wild but they represent a fraction of the experience.

That reality stings, as does the decision to give Battlefield 4 Premium members a two-week advance on Final Stand, which comes out (for them) tomorrow. What is the “next evolution of warfare?” Snowmobiles. And hover tanks. Also, a vehicle that fires people across the map in pods.