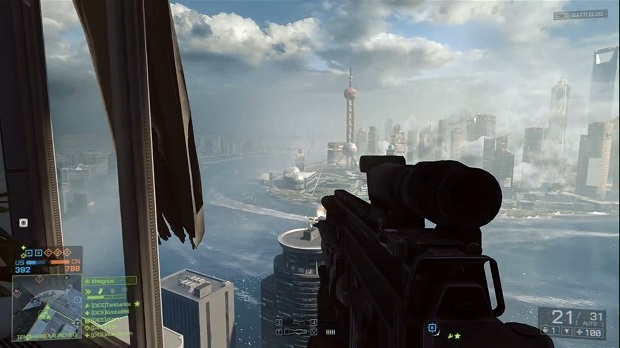 The dawn of the next-generation of gaming is upon us, and if Battlefield 4 is any indication, multiplayer won’t differ too much with the changing of the guard. Not yet anyway. That’ll probably work just fine for fans of the series.

In one hands-on match at E3, it was pretty obvious that Battlefield 4 is still Battlefield. However, with the announcement of 64-player matches, the scale of everything has gotten a bit more grand. That goes for maps, firefights, and destruction.

While the match started innocently and borderline uneventful, it didn’t take too long for everything to kick into high-gear. To accommodate for 32 players per side, the map that we saw was appropriately massive. It featured five capture points, a river, and several large buildings that were very prone to being destroyed. 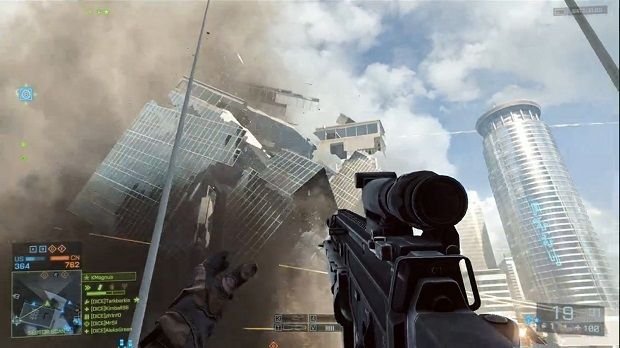 Once teams began to capture different points and enable new spawns, it took less time to find action and death was much more imminent. Throughout the course of the match, it became increasingly hectic as danger seemed to be around every corner.

The most impressive aspect was certainly the way that the map altered itself throughout the course of the match. As explosives and bullets rained down, the destruction that permeated the map somewhat changed the dynamic of the setting. What was once serene and beautiful shortly thereafter resembled a post-apocalyptic world. The smoke was thick, ash fluttered to the ground, and new paths through buildings were revealed. The transformation was simply incredible. 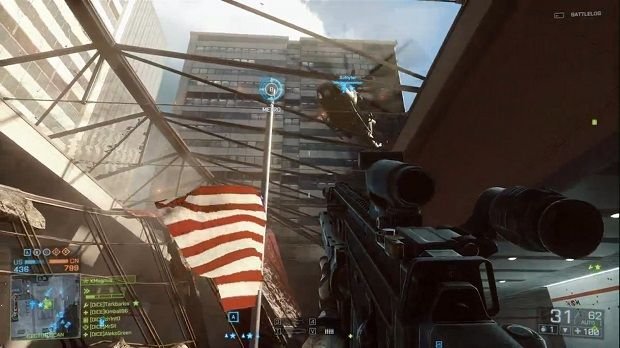 The addition of Commander Mode seems like a good one. Commander Mode is an app that allows players on mobile devices to hop into their friends’ games and help guide the action from an overview of the map. As the Commander’s team captures different locations, certain skills become available such as the use of UAV, EMP, and missiles. The Commander can also earn experience the likes of kills and assists. It looked like a neat optional addition that diehards could take advantage of while on-the-go.

Other than Commander Mode, Battlefield 4 didn’t pull any surprises. It felt the way that everyone expects a high-profile triple-A shooter to feel. It was tight-controlled, graphically stunning, and most importantly, fun. That’s going to be more than enough for Battlefield fans.