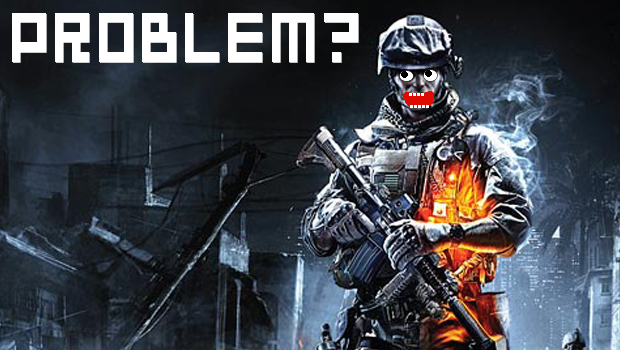 Earlier in the year, Electronic Arts said (via Sony’s Jack Tretton) that Battlefield 3 on the PS3 would ship with a free copy of Battlefield 1943 — a potentially sweet selling point for the deal-conscious gamer. Well, it wasn’t until the game’s launch yesterday that customers found out EA had changed the deal. There’s no freebie in there.

To make up for any potential deception, EA will instead be offering downloadable content “early” on the PlayStation Network, something we already knew from a previous announcement.

To announce something that may well have influenced pre-orders, renege on the offer, and then pretend that selling you extra sh*t early is some sort of compensation? Wow, that’s shady, even by EA’s standards.

I’m trying to picture the kind of person who would deem that acceptable, but all I can imagine is a three-legged dog desperately craving its master’s approval and I am pretty certain that’s exactly how Electronic Arts sees its customers.