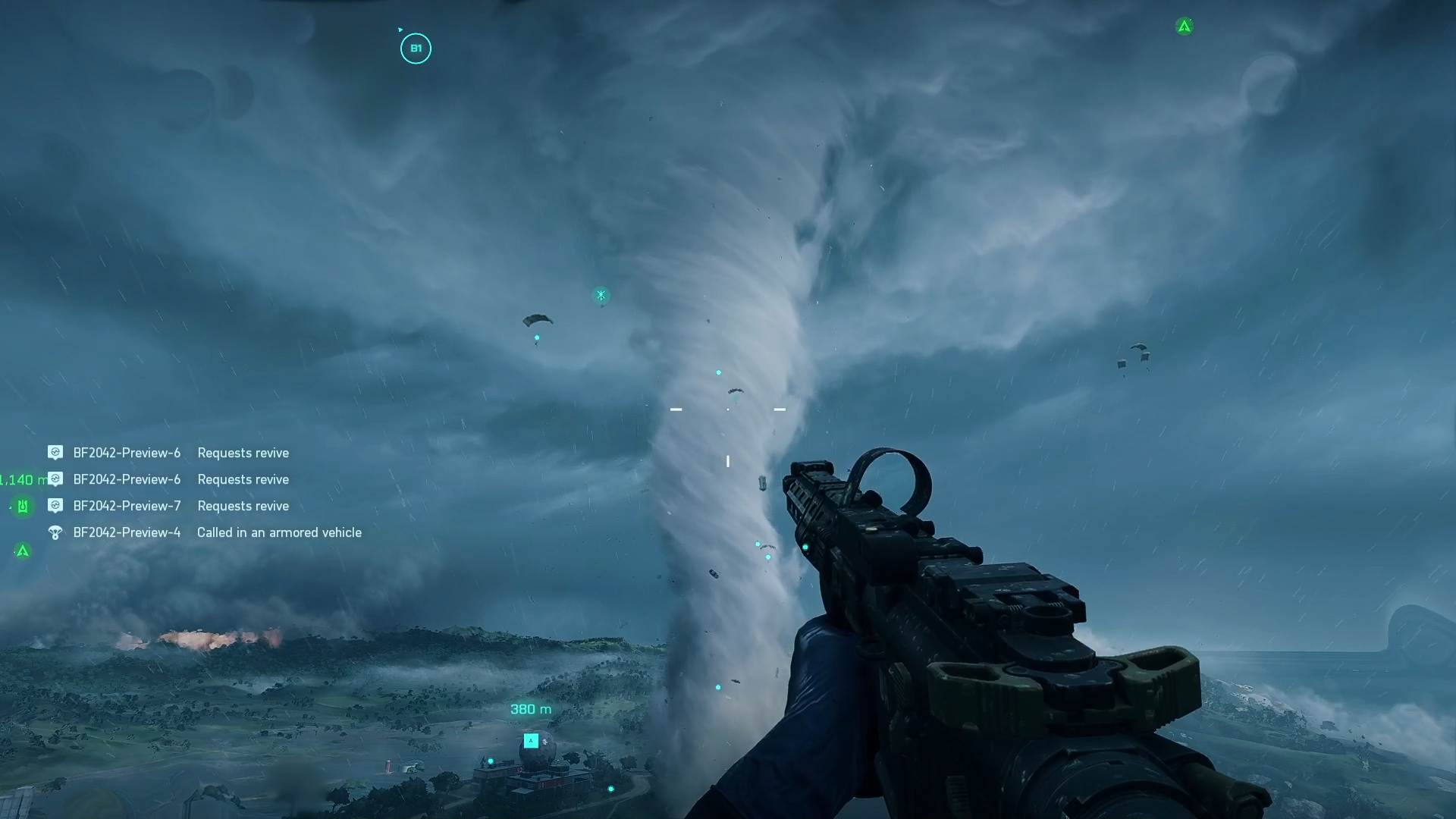 Impressions from the open beta

When it comes to online FPS games, I like to cause chaos. I like to find ways to bend rules, do the unexpected, and take out enemies in bizarre “what-if” scenarios. I’m happy to say that Battlefield 2042 enables a great deal of chaos.

The Battlefield series has, in the past, been good at allowing moments like those to happen, whether it’s driving a buggy rigged with C4 into the Commander’s radar array or sneaking onto the enemy’s aircraft carrier and stealing their jets. And in Battlefield 2042, I found plenty of opportunities to ask “what-if” and find out, often to delightful results.

We got the chance to go hands-on with the open beta content for a few hours, ahead of it going live on Oct. 6. Despite featuring just one map (Orbital) and one mode (Conquest), the best possible thing I can say about Battlefield 2042 is that even after a few straight hours of playing it, I still wanted more.

I haven’t had the Battlefield bug for a while now, to be honest. I put more hours than I can remember into 1942 and Battlefield 2, but I dropped off the series for a long time after that. But then, it’s also been a while since we’ve had a more modern(ish) Battlefield game. The series’ last three games ventured into side concepts: two were historical warfare, and another was the cops-and-robbers-themed Hardline.

Battlefield 2042 isn’t quite as futuristic as Battlefield 2142 (so sorry, no Titans), but it definitely looks to the future with some of its technology. You don’t just play a soldier, but a specialist equipped with a signature gadget that gives them a little more identity within their own role. You can also pick your loadout from among the game’s different weapons, so if you want to be a submachine gun-toting Engineer or a sniper Support, go for it. The quick-attachment system makes it incredibly easy to mod your gun on the fly, swapping out scopes and attachments to suit the battle. And each specialist’s ability gives the developers fun ways to develop identities and play styles within the class, and an avenue for expanding out the class roles in the updates to come.

The map, Orbital, is medium-sized by DICE’s internal standard and focused around a rocket that will blast off into the stratosphere at some point during the battle. There are a bunch of other facilities to fight around, but the big rocket is always looming in the distance. Yes, this rocket is destructible. No, I wasn’t able to grapple onto the rocket and ride it like a cowboy into space. 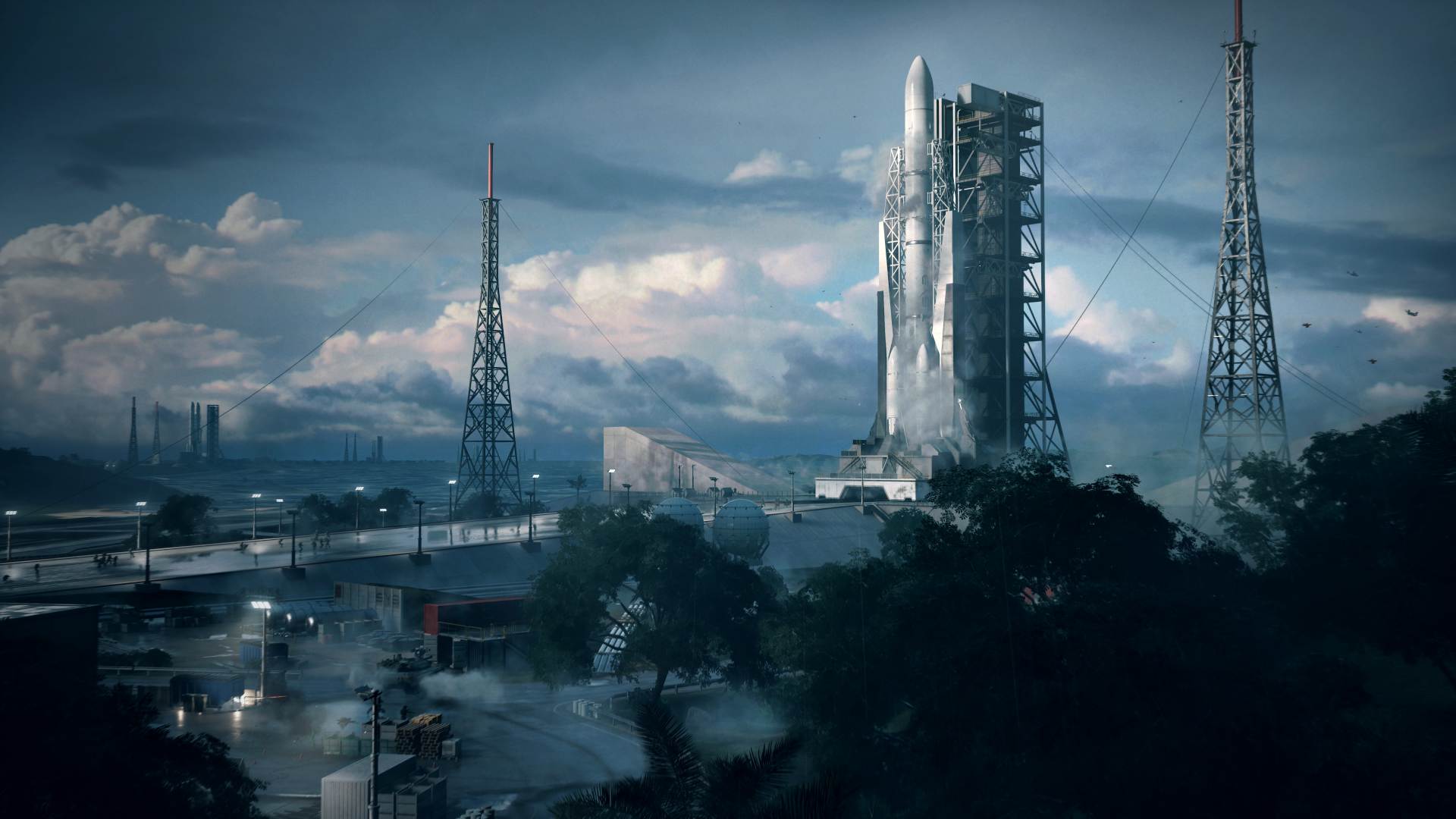 I mention that because it was one of the few times where it felt like Battlefield 2042 didn’t “yes, and” my dumbest ideas. Throughout my few hours with the beta, I saw players parachuting off tall buildings to rain down on those below. Engineers would hold down points by themselves with their trusty sentry gun and robot dog companion they can call in through the in-game airdrop option. Tanks slowly rolled across the field, and jets soared overhead.

I was queued with someone from another games site, and we declared B1 the “party roof,” because the point—atop a tall, tall building with a helicopter pad that felt like a nod to Nakatomi Plaza—was constantly under siege from helicopters, fighter planes, and infantry landing from above and surging up from below. It was chaos, and I loved it. When we drove a truck into a storm later on, we both laughed with sheer delight as it sent our pick-up soaring across the map and out of the battle.

The storms, by the way, are a sight to behold. I only glimpsed one during my time playing, but when it started roaring its way across the map, just about everyone on the server dropped what they were doing and took off into it. One of my fondest memories in gaming this year will likely be sailing around the edge of the storm in my parachute, letting the terrifying winds lift me up and carry me, and looking around to see half a server’s worth of players floating around in the sky amid a tornado. It was beautiful. 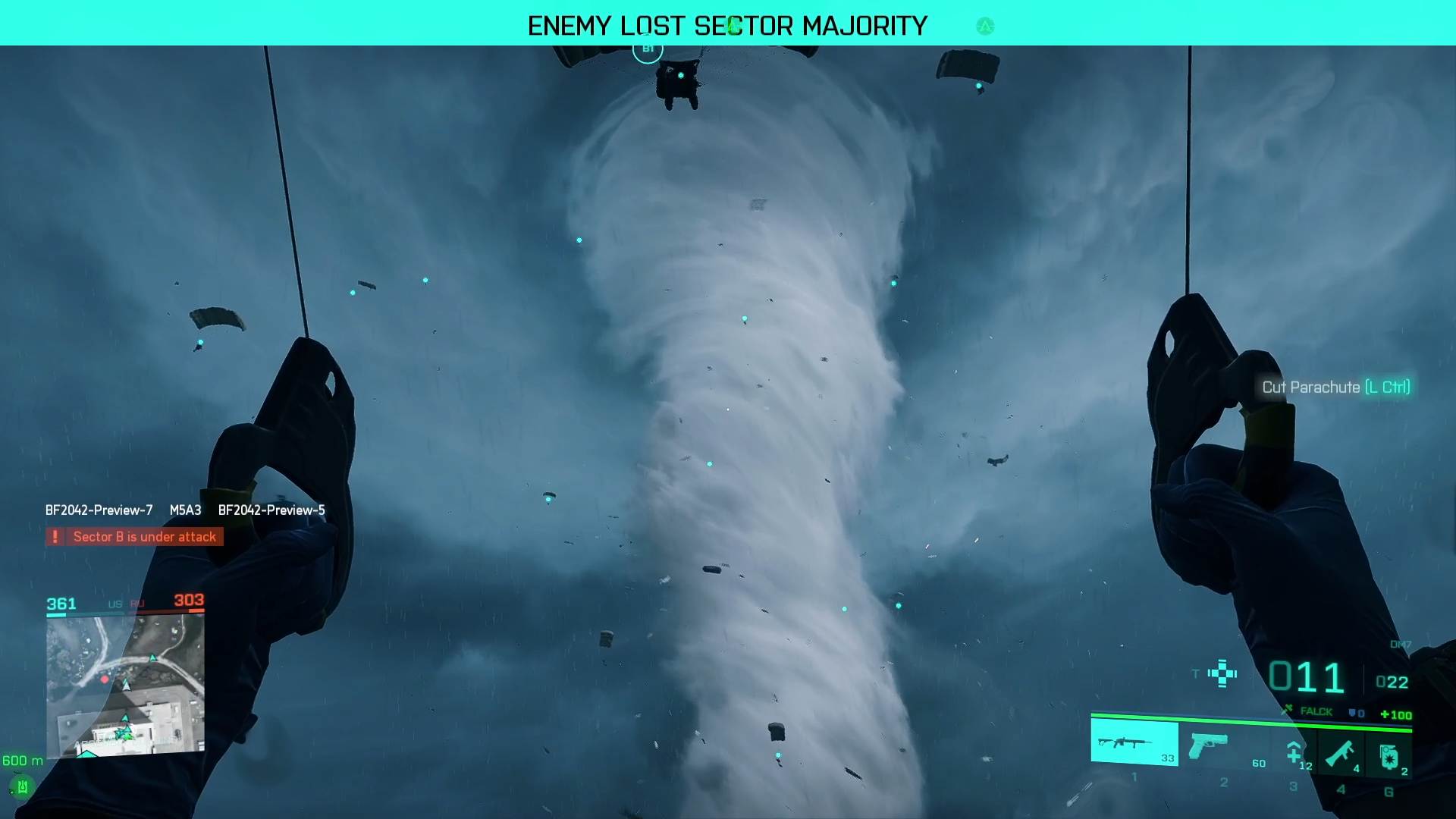 I could talk a lot about what guns and tanks were available, or how well-designed the map is (I really did like this map though), or the cool UI touches like the augmented reality heads-up display glitching out around the storm. But it was the little moments of player-induced creativity that really reminded me why I dig these games in the first place.

Spawning into a teammate’s helicopter and manning a gun turret for them is just straight-up fun. Holding down a point and then turning towards a distant rumbling to see a tornado barreling towards you is exciting. I stopped and paused to watch the rocket take off every time I heard the sirens start to blare.

Everyone will have a chance to go hands-on with Battlefield 2042 soon, and it’s what you would expect: it’s more Battlefield, with a vaguely-ahead-of-modern-times twist. Being able to call in recon vehicles to help get to points faster is nice, and so is blasting the in-game radio as you speed through an underground tunnel, only to head-on ram an enemy jeep doing the same. 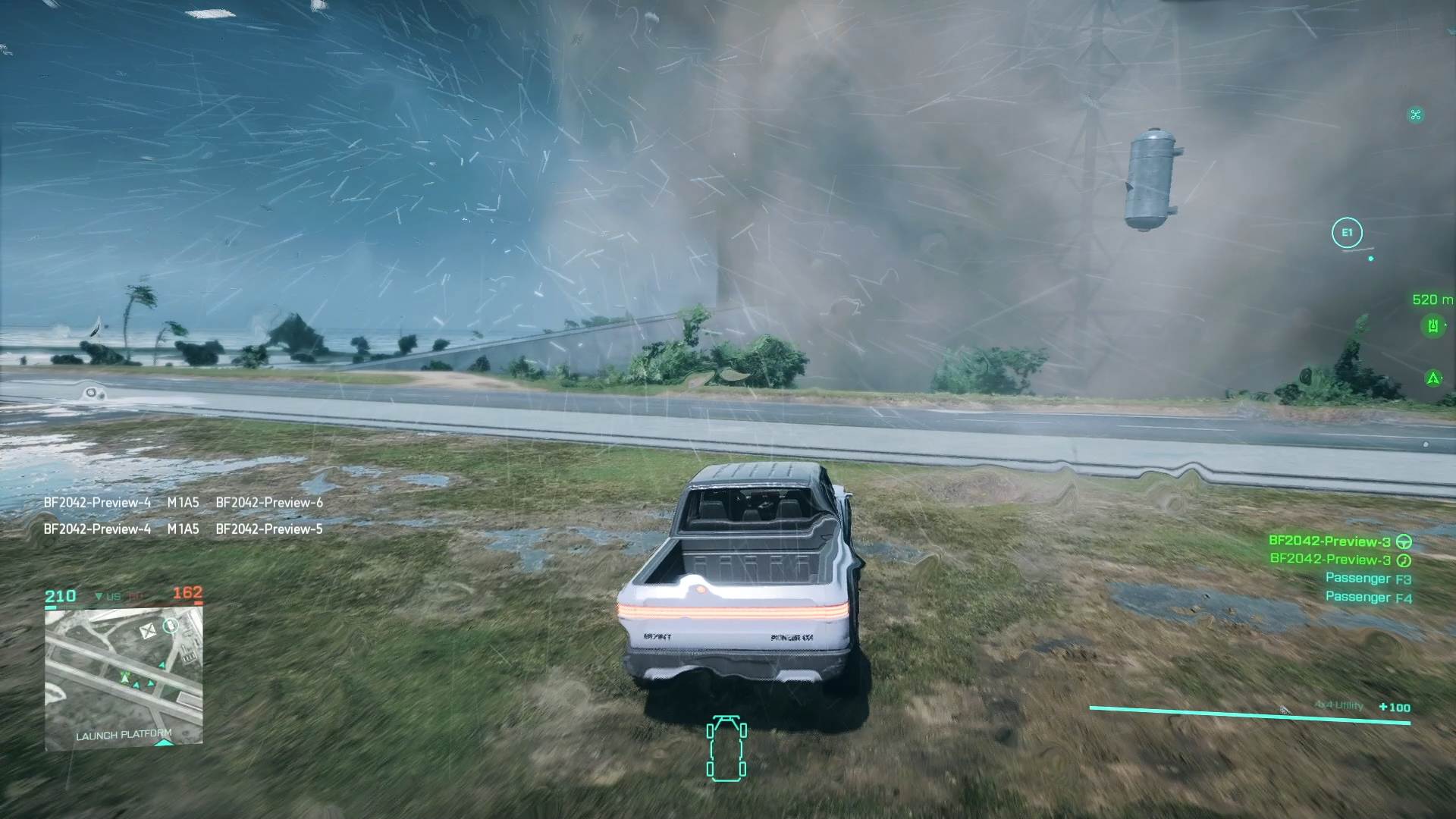 My time with Battlefield 2042 was filled with these little moments of chaotic player interaction, and they were a blast, every single time. And now I’m just looking forward to getting even more time to find out what else there is to see in the open beta.