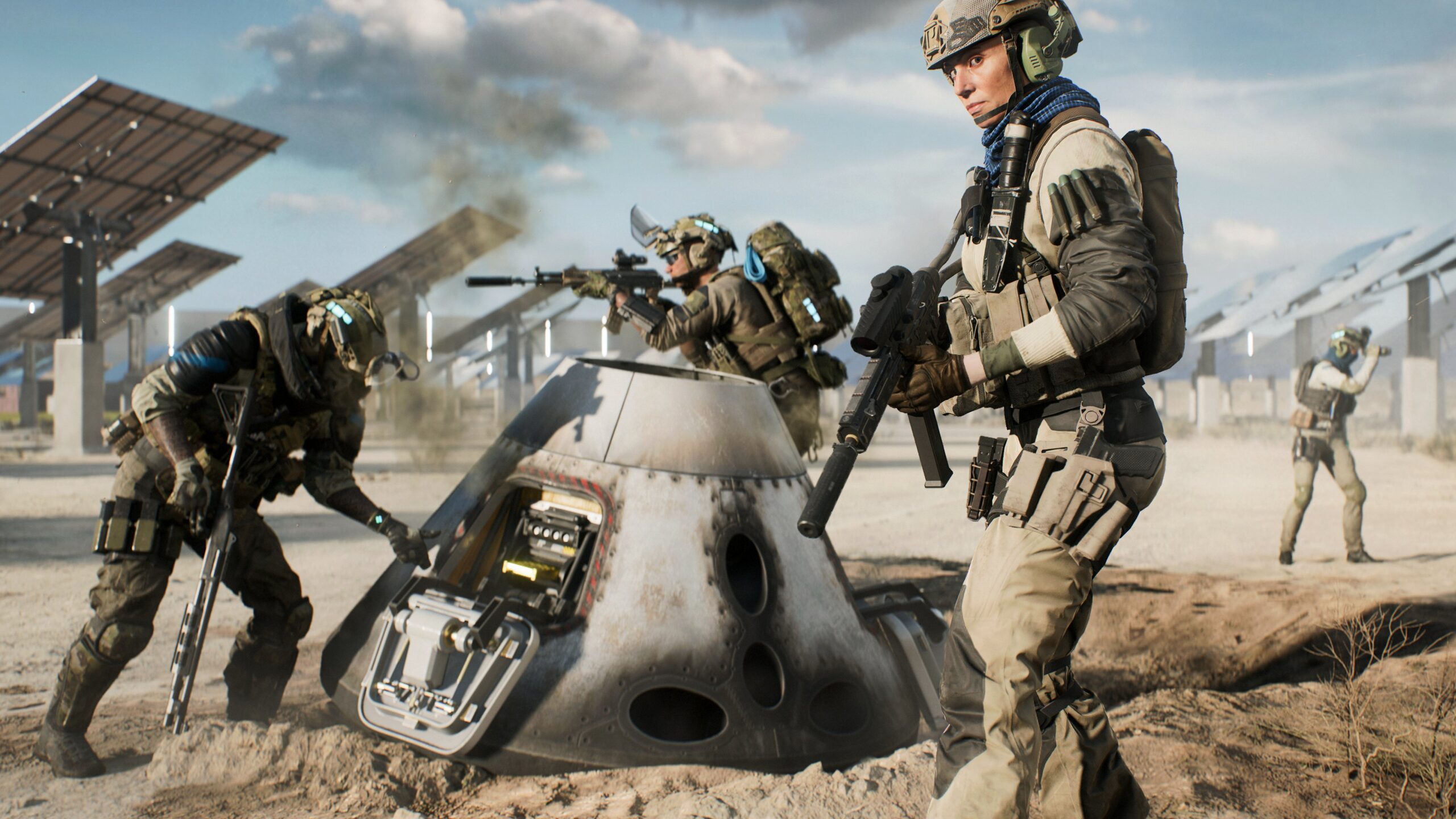 Head into the storm

Hazard Zone is a squad-based multiplayer mode, played on the regular Battlefield 2042 maps against both other human squads and NPC forces. Teams pick specialists and loadouts, and then insert into the battlefield to hunt for data drives.

The goal of Hazard Zone is to get as many data drives as possible and then extract, at one of two of the possible extraction times. If the team doesn’t make it, they’ll get swallowed up by the encroaching storm, along with any data drives on them.

EA has been adamant that Battlefield 2042‘s Hazard Zone mode is not a battle royale mode. From its description, it sounds similar to Escape From Tarkov. Getting in, getting data, and getting out is the name of the game, and while killing other squads can help with that goal, it’s also not the main objective.

Secured data drives open up avenues for meta-progression through dark market currency. This will let you bring in new and better gear, or even special gadgets, like a tool that lets you call in “reinforcements” to revive a downed-and-out squad member.

Hazard Zone will have 24 player-count bouts on Xbox One and PlayStation 4, while PC, PS5, and Xbox Series X|S consoles will have 32 player-count maps. This mirrors the player count difference in the All-Out Warfare modes as well, where newer-gen consoles and PC boast 128 players to previous-gen’s 64.

EA and DICE recently hosted an open beta for Battlefield 2042 that led to some mixed reactions from the community. While it had lots of chaos and commotion, early players also pointed out plenty of technical issues.