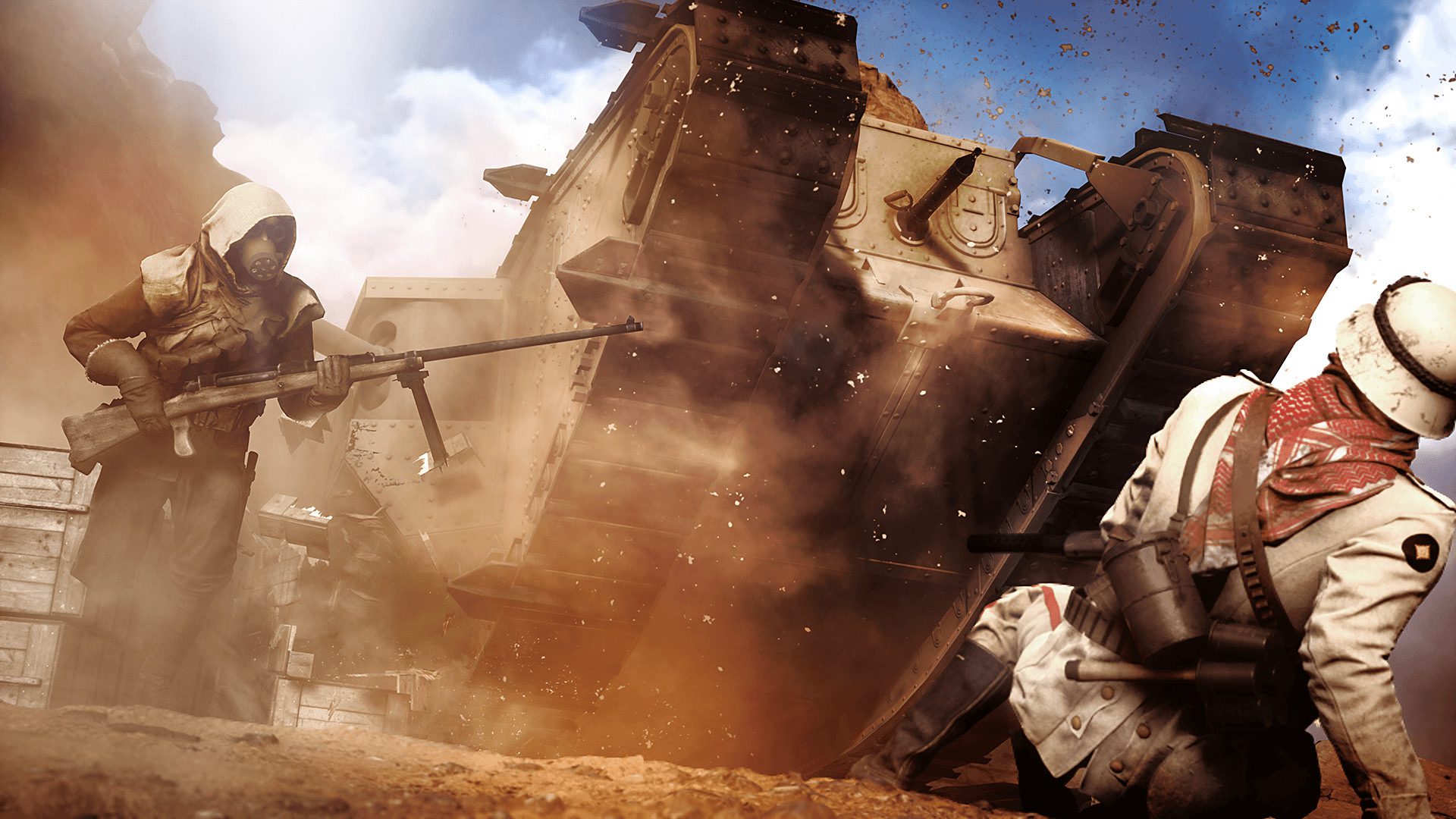 Straight to the point: Battlefield 1 is free-to-claim on PC until August 4 via Prime Gaming, and then Battlefield V will be grabbable from August 2 through October 1. (Yes, we’ll post a reminder next month.) You’ll get a standard-edition code that’s redeemable on Origin.

There’s a lot of fluff on the Prime Gaming page, so if you want to make a beeline for Battlefield 1 (or any of the other free games), jump straight to the bottom.

Even if it’s not my favorite Battlefield, I dug the frantic and paranoid feeling you’d get when charging into battle, and I mostly have fond memories of Battlefield 1 in general. What an intense game. As for the most recent entry, I liked Battlefield V well enough at launch, but it never came together the way it should’ve in the years that followed, and I don’t expect to ever play it again, especially not with Battlefield 2042 looking the way it does.

I can’t speak to Battlefield 1‘s current player population, but it’s worthy of a nod, for sure.

As someone with an Amazon Prime membership and, as a result, access to free games and digital trinkets given out with Prime Gaming, I tend to gloss over these deals more often than not. I haven’t formed a habit of checking in and claiming stuff I’m never going to touch like I have on other platforms, you know? It’s just not in my routine.

But that’s a moot point — I already own both of these. I’ve had my fun.

As for what’s next, we’ll see more of Battlefield 2042 on July 22 at EA Play Live. They’re showing the second of the game’s three major “multiplayer experiences.”