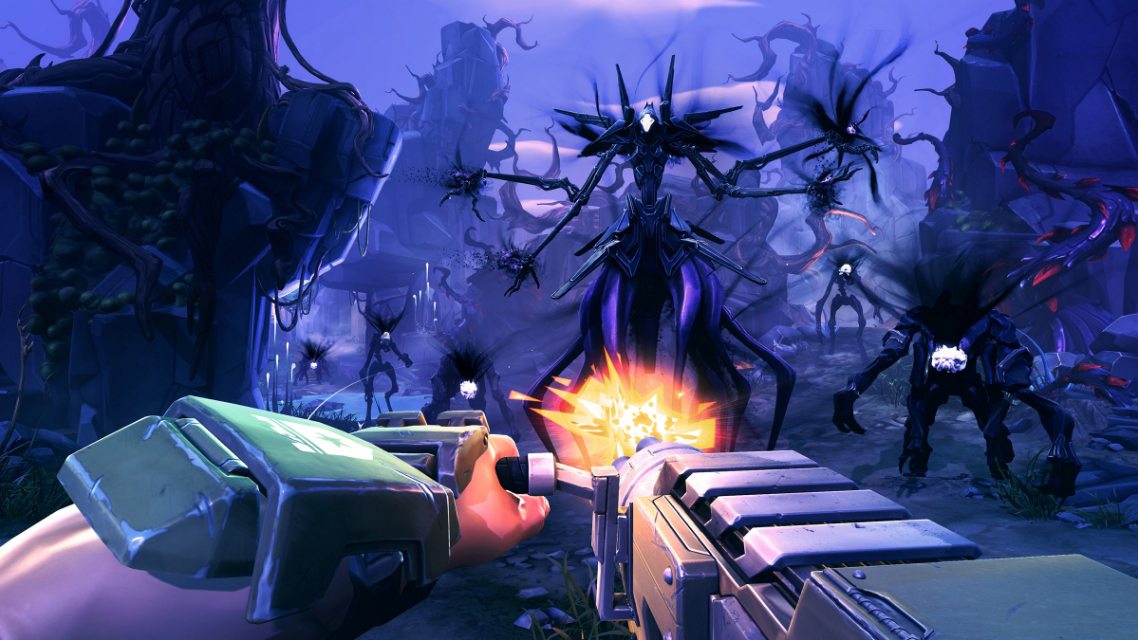 Details on Face Off

Gearbox’s struggling FPS/MOBA needs a shot in the arm to keep its community from extinguishing completely. The first story-based downloadable content (Attikus and the Thrall Rebellion) is set to release on October 13, but if the ol’ player-versus-player scene is more to your fancy, then there’s something for you too. In addition to the Story Ops, the new competitively multiplayer mode Face Off is dropping for free on the same day.

Face Off takes place on the Capture maps, but instead of holding three zones, teams are pitted against Varelsi spawns in a sort of competitive wave-based survival mode. Each Varelsi killed will drop its mask, and the goal is to deliver masks to a central collector.

In contrast to most Horde Mode-type games, there’s also an enemy team to contend with. Encounters with enemy players can lead to death, and death will cause a combatant to drop any Varelsi masks he has. Of course, there’s also Battleborn‘s signature Helix leveling system, so over the course of a 15-minute match, the Varelsi also get more powerful to compensate.

It sounds like a neat twist, and a decent way to make use of the underplayed Capture maps. The fact that it’s free may just be enticing enough to get some derelict players back into Battleborn. The real challenge is keeping them longer than a couple weeks after Face Off lands.