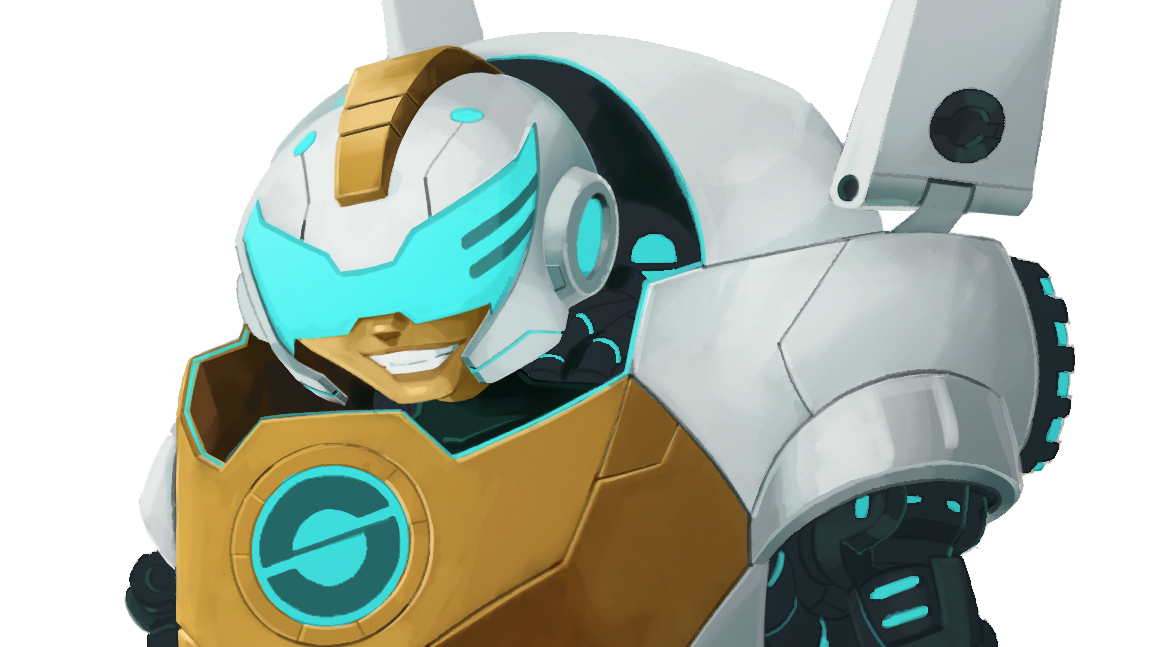 Ernest releases today for Battleborn‘s early access users, and already we have a glimpse into the future. The 29th hero to be released “in the next couple months” is Kid Ultra, that smarmy-looking youth you see up there in the header image. I already hate him, and I don’t really know why. Something about smiling children is deeply upsetting to me.

It sounds like Kid Ultra is another support character, bringing the total up to six or seven (depending on whether you count Ernest as a support — I’m still not sure about that). Not bad for a game that started with only four in that category.

Of the five DLC characters known, we’ve had one each from the Eldrid, Rogue, Peacekeeper, and now LLC factions. That just leaves the Jennerit for the fifth and final downloadable character.

For those living in the here and now, 2K also released a video showcasing Ernest’s skills in a variety of unlikely situations. I’ll believe his Ultimate ability can one-hit kill some of the tankiest characters when I see it. I imagine it’ll happen about as often as Pendles winning a 1-on-3 skirmish.