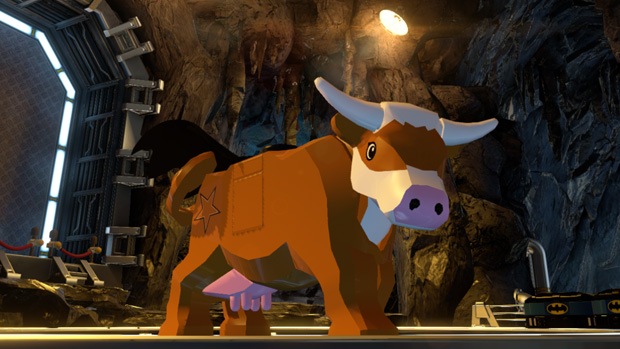 Blame / praise Hamza for that headline

Now here’s a game that really does feel right at home at Comic-Con. TT Games has a new trailer for LEGO Batman 3: Beyond Gotham prepared for the San Diego convention and, better yet, images featuring LEGO Bat-Cow, Batman of Zur-En-Arrh, and Mister Mxyzptlk

In Beyond Gotham, Brainiac intends to shrink the Earth and it’s up to the Justice League and others in the DC Comics wheelhouse to gather Lantern Rings from various Lantern Worlds to prevent his dastardly plan. That’s more than reason enough to get Batman in space.

As someone who is only now playing through LEGO Marvel Super Heroes, I feel so behind. Gotta catch up — for Bat-Cow! Beyond Gotham will be out this fall.