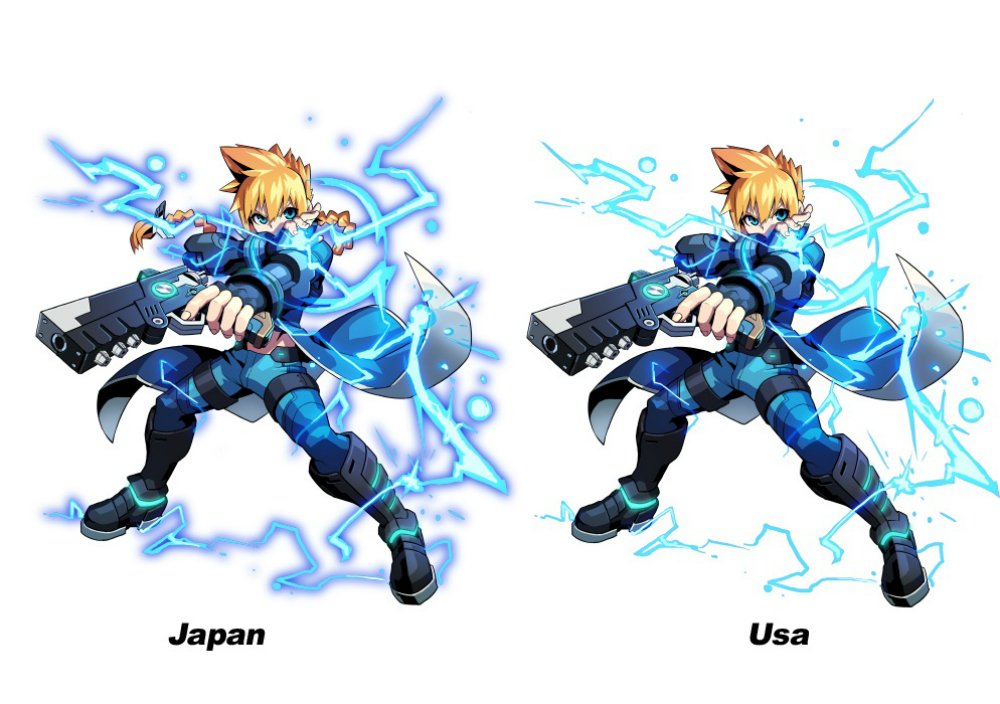 The Steam version has had it for a while

So over a year ago, Azure Striker Gunvolt came to Steam, and it brought Japanese voiceovers and a Christmas bonus score attack mode. 3DS fans were naturally wondering with their hands up when they’d be getting any of these features (though they did get the free Mighty Gunvolt bonus game at launch), and now Inti Creates has an answer for one of them.

According to their official site, “the time has come” for Japanese language support, and on Thursday October 20, the game will be updated to 1.3 to allow for that. It’s not just voices too, as it adds back “content that was regrettably removed from the initial release.” So it’s been re-localized from the ground up with “ample amounts” of extra dialogue.

In case you were wondering, it is live in the “Striker Pack” retail edition already.