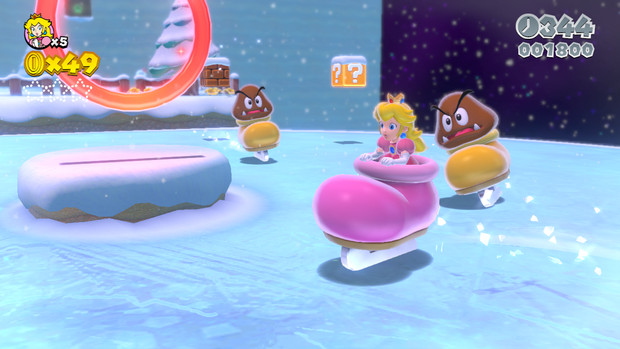 August is National Peach Month (the fruit), and Nintendo is jumping in on the festivities, declaring it “National (Princess) Peach Month.” Will it stack up to the Year of Luigi celebrations? My guess is “hell no.”

Nintendo has reached out to fans on Twitter asking them what they love about the character — and…that’s it. We might get some sort of Club Nintendo item at the most, but it would be really nice if Super Princess Peach hit the Wii U Virtual Console.