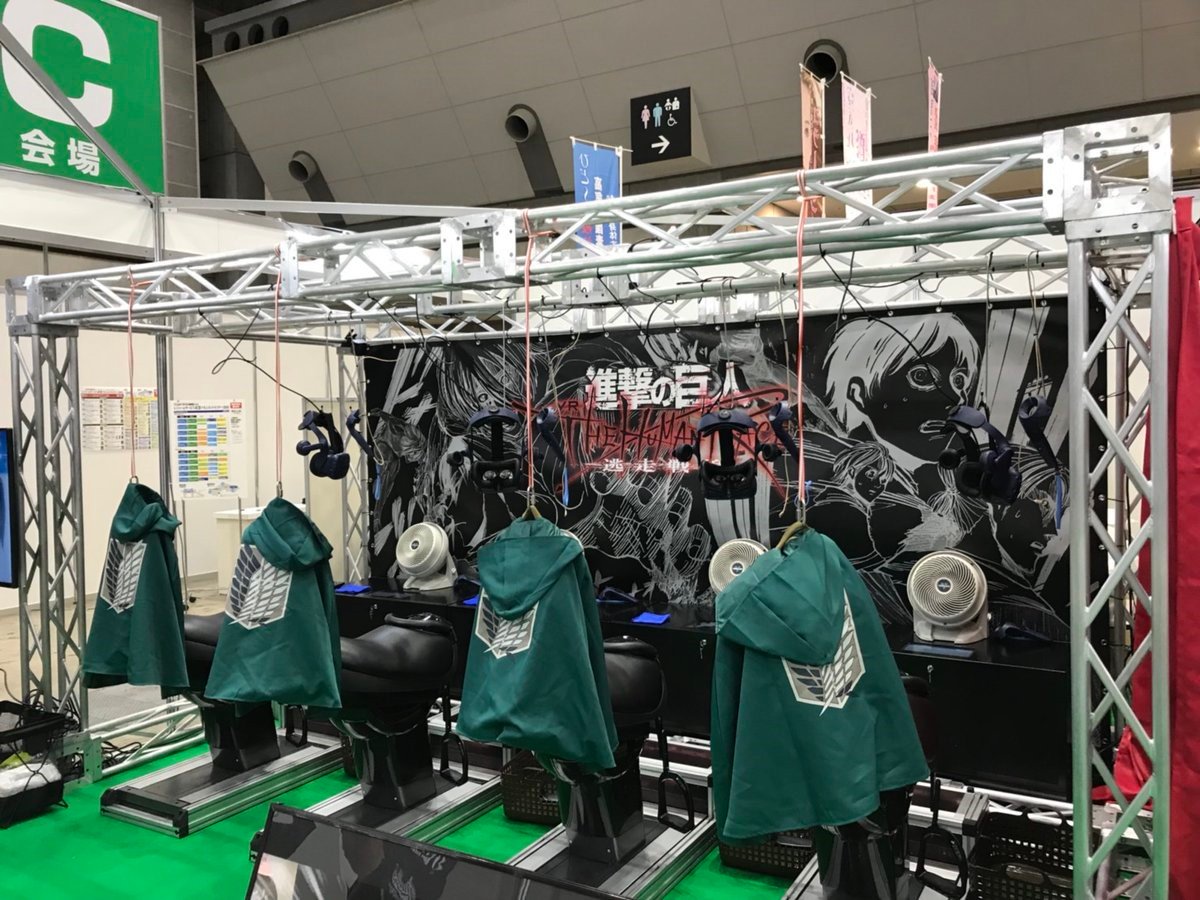 Team up with Levi

After blowing up in 2013 with its anime adaptation, Attack on Titan is still trucking. They’re still discovering the secrets to those ugly gargantuan beasts and with 76 million manga copies sold, they’ll likely continue to do so for some time. Soon you’ll be able to experience the world in VR, too.

Taito is partnering with Sony for a VR attraction titled VR Attack on Titan: The Human Race, and it looks scary as hell. You’ll be battling a titan with three other players on Squad Levi as you re-create the “Titan Capture Operation” sequence of the source material.

The gist? You’ll dodge stuff on horseback with the opportunity to look behind you (or not) and witness the terrifying titan yourself. If you want to play it you’ll want to head to Ginza Sony Park in Tokyo from October 19 through October 26 from 10:00AM JST to 8:00 PM JST. This is a location test (with a sticker reward!) so it will likely spread out to other areas in the future.