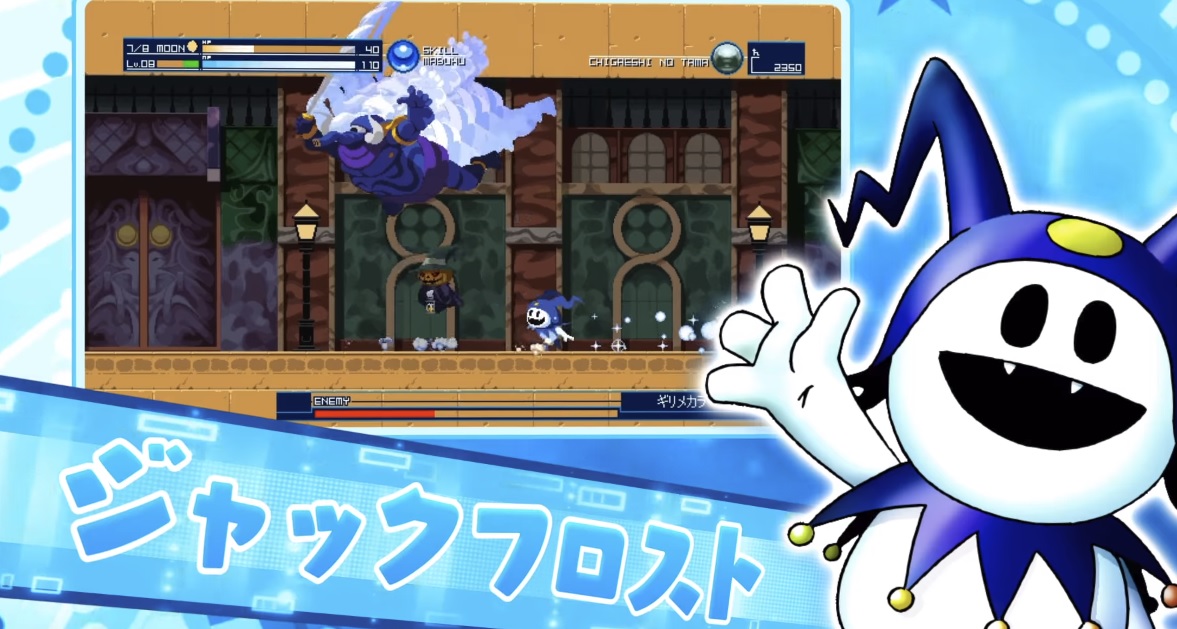 It’s confirmed to be a tease

Shin Megami Tensei: Strange Journey Redux is coming in early 2018 (or this very month in Japan) on 3DS, but its latest trailer really isn’t about all that. No, rather, Atlus took the time to tease a brand new 2D platformer featuring mascots Jack Frost and Jack O’Lantern — except they really didn’t, because it was confirmed to be “fake” in the trailer itself. Nuts.

Yeah, Atlus gave us a decent amount of footage of a sidescrolling platformer, which we assumed would be a minigame in Strange Journey Redux until the Japanese language trailer stamped a huge “fake” symbol on the screen.

For those who aren’t aware, there was an actual Jack Frost spinoff platformer called Jack Bros. (which also had Jack Skelton in addition to the two aforementioned characters) for the Virtual Boy. Many were hoping this was a follow-up — and it very well could the framework for something eventually — but for now, it’s just a tease.