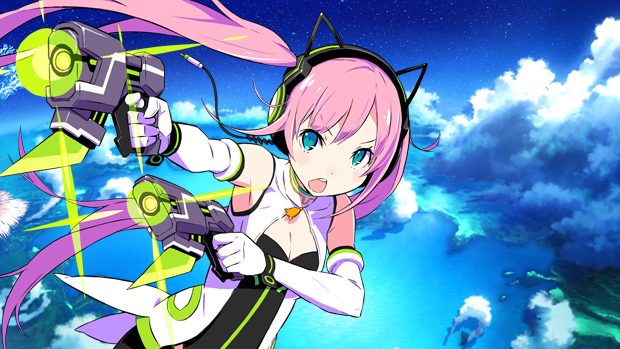 Atlus is pregnant. And Spike Chunsoft is the daddy. Together, the proud parents-to-be have unveiled a little bundle of joy named Conception II: Children of the Seven Stars is on its way to North America sometime next spring.

The Persona-esque PlayStation Vita and Nintendo 3DS role-player follows the story of a young man with special powers. In order to save the day from the monsters that plague his world, the protagonist will need to join forces with seven heroines. Together, they’ll create ethereal creatures called ‘Star Children’ to help turn the tide of battle. Yes, it’s baby-making time.

The announcement follows the birth of a strange teaser site, which launched last week. The page displayed a sonogram astride and Atlus logo and little else. It was pretty mysterious at the time. However, in hindsight, it all seems to make perfect sense. Well, everything aside from the outlandish plot, anyway.