[Every month or so we post a new art assignment for the Dtoid community. Fun! Here’s a recap of the latest. You have until Friday, March 15th to finish your next project, which is detailed at the end of the post!]

Welcome back! Last time around, I asked you to draw something inspired by WINTER. I expected some random drawings depicting the snow levels in games or maybe something Ski Free-related; turns out, I had no idea what I was in for!

Hit the jump to see all the wonderful entries! 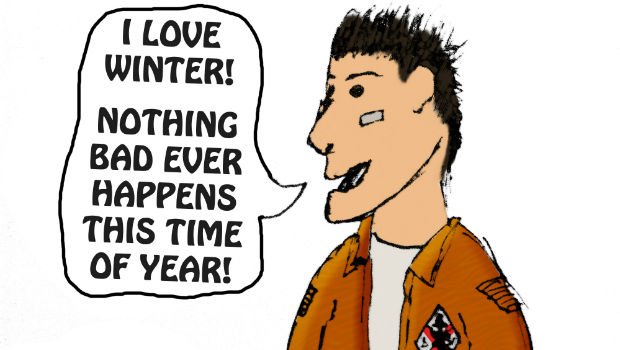 First up is Sir Tobbii with his piece, “That Day it Snowed.” Here’s what he had to say about his work:

My favorite games of all time are Shenmue and Shenmue II. Now, I had not played the first game in ten years but I finally did it last week and I still love it as much as back then. And whaddyaknow!? It takes place in Winter, beginning in December and (most often) ending in early January depending on how well you play. So I had to based my Artist Wanted piece on this.

I’m glad you did! Thanks a lot, Sir Tobbii! 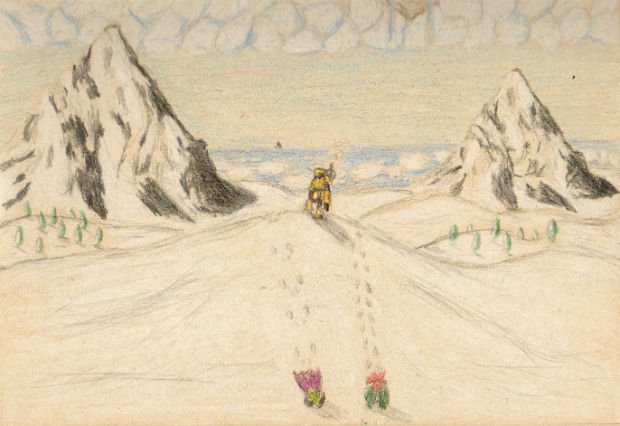 Next up is SgtBlink with his Chrono Trigger-inspired art, titled “12,000 B.C.” Here’s what he had to say about his piece:

You know, I really thought I could get away with it. I was sure I could read Destructoid without actually becoming a part of it; I thought I was safe. If it wasn’t for that gorram Andy Dixon and his Artists Wanted, I’d still be safe in anonymity! I was reading the latest Artists Wanted and got down to the bottom. For whatever reason I read the last two paragraphs, which had the instructions on how to get your picture in the next collection and the topic: Winter. And I thought of a game, and I knew that there was no escape. What immediately popped into my mind was Chrono Trigger and the era of ice and snow (and self-righteous dirtbags in the sky) and a hill with footprints.

Well I, for one, am glad you stepped out of the shadows. Welcome to Dtoid, SgtBlink! 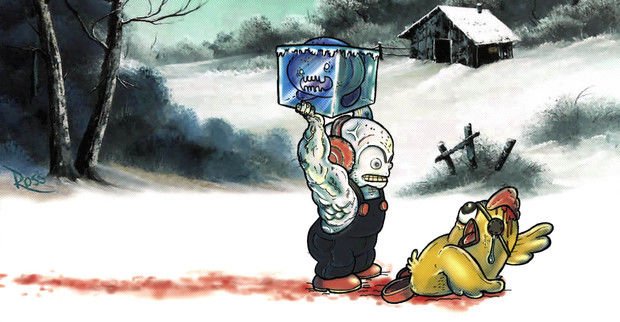 Up next we have Roberto Plankton with his piece, “Kickle Cubicle Mon Amour.” Here’s a bit about his inspiration:

Kickle Cubicle for the Nintendo Entertainment System was one of the first games I rented from a video rental store. I did not finish it but it gave me a great deal of satisfaction. The game’s mechanics were easy enough for me to handle and it provided me with small doses of success. Not like the ghastly Faxanadu where I failed at beating the first monster hopping around in front of the town’s gate. Somehow I never forgot about Kickle Cubicle. It is stored deep inside my head, like that moment when I first saw Mortal Kombat for the Super NES being played by some older kids in the mall. 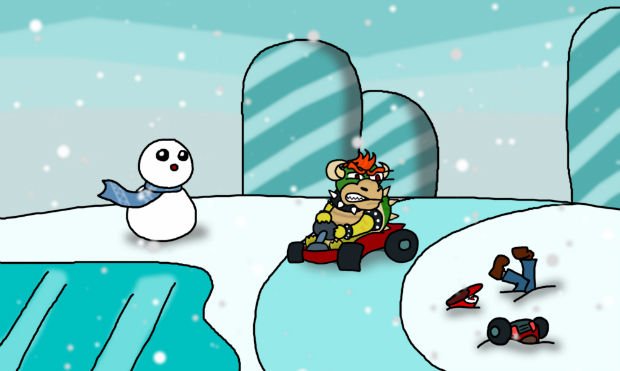 Next, ZombiePlatypus shares his piece, titled “Superior Driving Skills,” with the class:

Having lived in Minnesota myself for two years, I can confirm that this is exactly what it is like. Thanks, ZombiePlatypus! 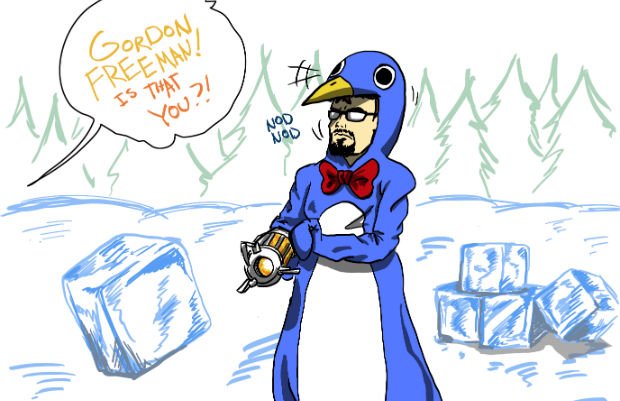 Up next is Anaugi with his piece, “Gordon Freeman Owns a Penguin Suit. Doesn’t Wear it Much. This is Canon.” As if the title wasn’t descriptive enough, here’s some more words about his art:

Penguins, ice and pine trees. This is about as Winter as it gets, folks! I want this penguin suit in the next Half-Life game. The NPCs would be all “Gordon Freeman! Is that you?” and then they would ask you why you’re wearing a penguin suit, but you can’t see the penguin suit because you are Gordon Freeman. That’s immersion on the next level! Unfortunately there isn’t much to say about the art itself.

Oh, I don’t know, I feel like I could talk about this one all. day. long. Thanks, Anaugi! 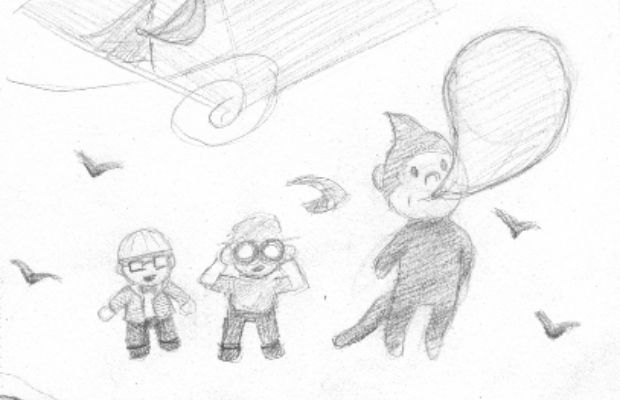 Our final entry for this edition is from MeanderBot, titled “Bubble Monkey and Tessie.” Here’s a bit about his art:

I had this all planned out. Winter theme, huh? Easy. Do something that takes place in Winters from Earthbound, be a smartass and call it Winter: Winters. Done. Next thing I know, the first idea for a comic of the gang screwing around, throwing snowballs and making snow Mr. Saturns is going nowhere and what’s that? It’s the deadline? Crap. So I decided to scale down and just isolate it to a single scene, and actually do something from the game. I somehow stumbled onto an idea that I really like while sketching idly during class, and once I get home from work I knock out a quick pencil drawing while silently cursing myself for not allowing myself time to ink. The result is what you see above.

Unfinished or not, I think it looks great! Thanks for sharing, MeanderBot!

And that’s it for this edition! Thanks to everyone who contributed!

For your next assignment, I want you to talk about LOVE. When did you first realized that you loved videogames? What’s your favorite videogame love story? Have you ever fallen in love with a videogame character? Draw anything you like!

To see your art appear on the front page, simply write a community blog and title it LOVE: [Your Blog’s Title]. In the blog, post your art and a bit about the process that went into making it; then we’ll gather them all up and put them on the front page!

Have fun! Can’t wait to see all the lovely things you come up with this time around!