[Every month we post a new art assignment for the Dtoid community. Fun! You have until Tuesday, July 31st to finish this month’s project, which is detailed at the end of the post!]

June’s Artists Wanted assignment — BEHIND CLOSED DOORS — tasked you with exploring the behind-the-scenes world of videogames. What goes on when you power down your system? What do our protagonists do in their off time? And for the love of God, don’t these people ever eat?!

For some hilarious, spooky, and downright creepy answers to these questions (and more!), keep reading! 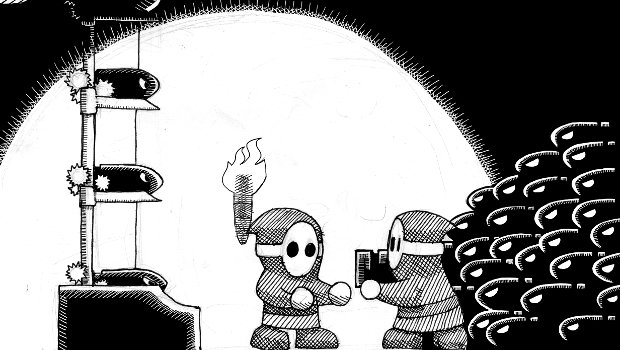 Our first submission for the month was “Bullet Billions” by MeanderBot. Here’s what he had to say about his work:

Before I ramble off into discussing the supernatural physics behind Bill’s perplexing perpetual flight, I’ll start with something easy: their place of origin. Before becoming the fantastic flyers they are best known as, they start as humble, inert lumps of metal. And what better to understand this lonely creature then the enigmatic Shy Guy? Or maybe Bowser is just a prick and enjoys giving Shy Guys menial, soul crushing jobs. Regardless, the true nature of this intrepid being shall never be truly understood, but it’s a pleasing mental exercise.

I can almost hear the Airship Theme Song now. Thanks, MeanderBot!

The next submission was “Dinosexuality” by Alex Celeski. Alex had this to say about his… art:

Kind of a scary picture in retrospect. 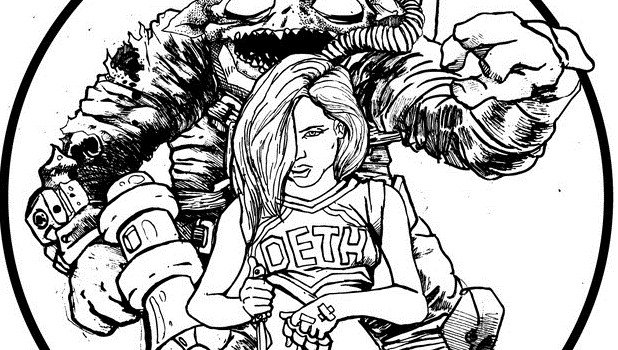 Submission number three for the month was “Mars Needs Cheerleaders” by slaypax. Here’s a bit about his creative process:

This piece is me exploring the theme of the [Zombies Ate My Neighbors] level “Mars Needs Cheerleaders”, and me viewing it as a single story happening in some grander ZAMN fiction, composed of all the themes set forth by all of the game’s levels and all their clever names. Do you really think all those cheer leaders were just gonna sit there waiting to get saved?

I don’t know, she looks perfectly safe to me. Thanks, slaypax! 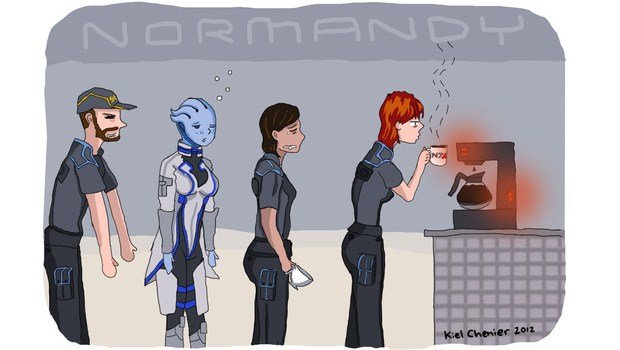 Our next submission was “Normandy Crew Needs Coffee” by Scary Hair Studios. Here’s what he had to say about his piece:

Mass Effect 3 is probably one of my favorite games at the moment, but one thing always troubled me. You almost never see anyone in the game eat or drink anything. Showering is addressed in Mass Effect 3 with Samantha Traynor’s admission, we see Commander Shepard losing sleep over everything that’s happening (even she admits to Liara, “I’ll sleep when I’m dead”), but as far as I can remember we never see any of the crew stop for something to eat or drink. I imagine that the crew considers the SR2’s coffee maker is its most necessary piece of hardware. All of them probably subsist off of caffeinated drinks.

Sounds like the crew of the Normandy has a lot in common with your average parent of a two-year-old. (Har dee har har.) Thanks, Scary Hair Studios! 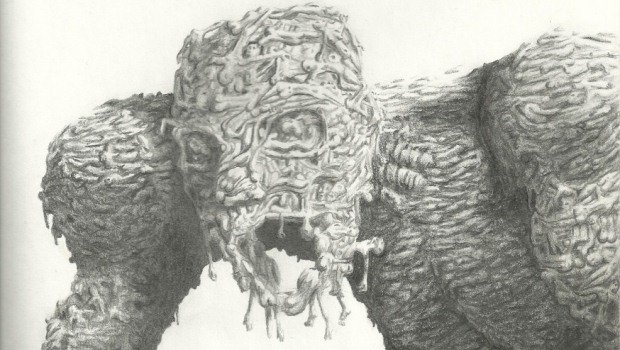 The next submission was “Dark Souls Legion” by TerraMantis. Here’s what he had to say about his work:

When I think of the nature of Dark Souls I imagine an intertwined secret sub-community and death… death complemented by player anger. In Dark Souls when you die repeatedly you’re filled with anger. I imagined a creature that would manifest solely off the anger of player-death to become increasingly stronger the more souls it collected. The nature of the creature would feed on the secret sub-community’s unfortunate deaths, to create more misfortune and death.

That… that might give me nightmares. Thanks a lot, TerraMantis! 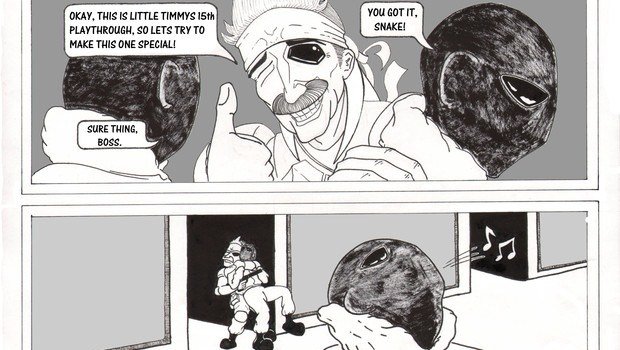 The last submission for the month was “Little Computer People” by Leigh Andrews. Leigh had this to say about the piece:

Little Computer People showed us whats really going on inside our boxes of joy when we game. Even video game characters need to unwind between bouts.

And that’s it for June’s submissions! Great work, everyone! (Don’t forget to click on each of the artists’ names above for more info about what went into their creative process!)

Now, onto this month. July’s assignment is ROLE REVERSAL. What would Mario look like as the bad guy? What if Zelda was tasked with constantly saving Link? What if Gordon Freeman was actually his crowbar’s weapon, and his crowbar was the hero? (Ooh, somebody please draw that.) The possibilities are limitless!

To see your art appear on the front page, simply write a Community Blog and title it “Role Reversal: [Title]”. Then just post your art (and a bit about the process that went into making it). At the end of the month we’ll gather them all up and put them on the front page!

I can’t wait to see what you people come up with this time around. Now get creating!