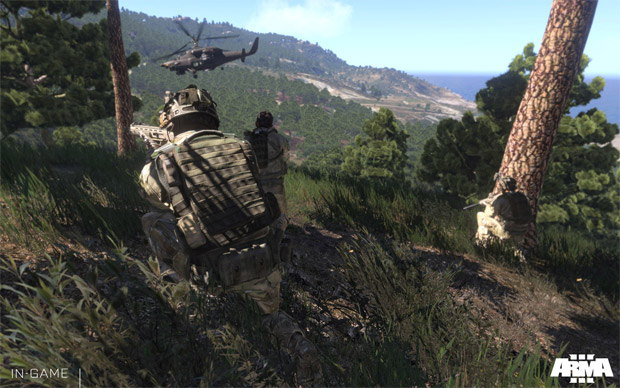 Doing so will allow Bohemia to focus on actual game development

Last year, much of the news surrounding Arma 3 had to do with two members of its development team getting charged with espionage and arrested in Greece, not with the game itself. Bohemia Interactive is “on the verge of revealing [its] plans” and has announced that the title will be exclusive to Steam in a blog post.

To put it bluntly: “we feel that without going Steam-exclusive, we would not be able to release Arma 3 in 2013.” Considering the game was already only releasing for PC, I don’t think the decision will be controversial among most players, but Bohemia has backed up its rationale.

“All in all, this means we can as developers do what we like most: game development,” wrote Bohemia’s Joris-Jan van ‘t Land. “And by doing what we like, the results are inevitably better. There is a lot of work that surrounds delivering a game that is anything but creative. Without such work however, we could not survive as a business and keep making games. Please realize that any benefit to us as developers, ultimately should be a benefit to you as player. By going with the chosen approach, we get back into the game.”

Specifically, Steamworks functionality such as “Delta-patching and more direct administration of our games without a middle-man” was cited. “Had it not been for that, we would have been much more hesitant to make the decision.”