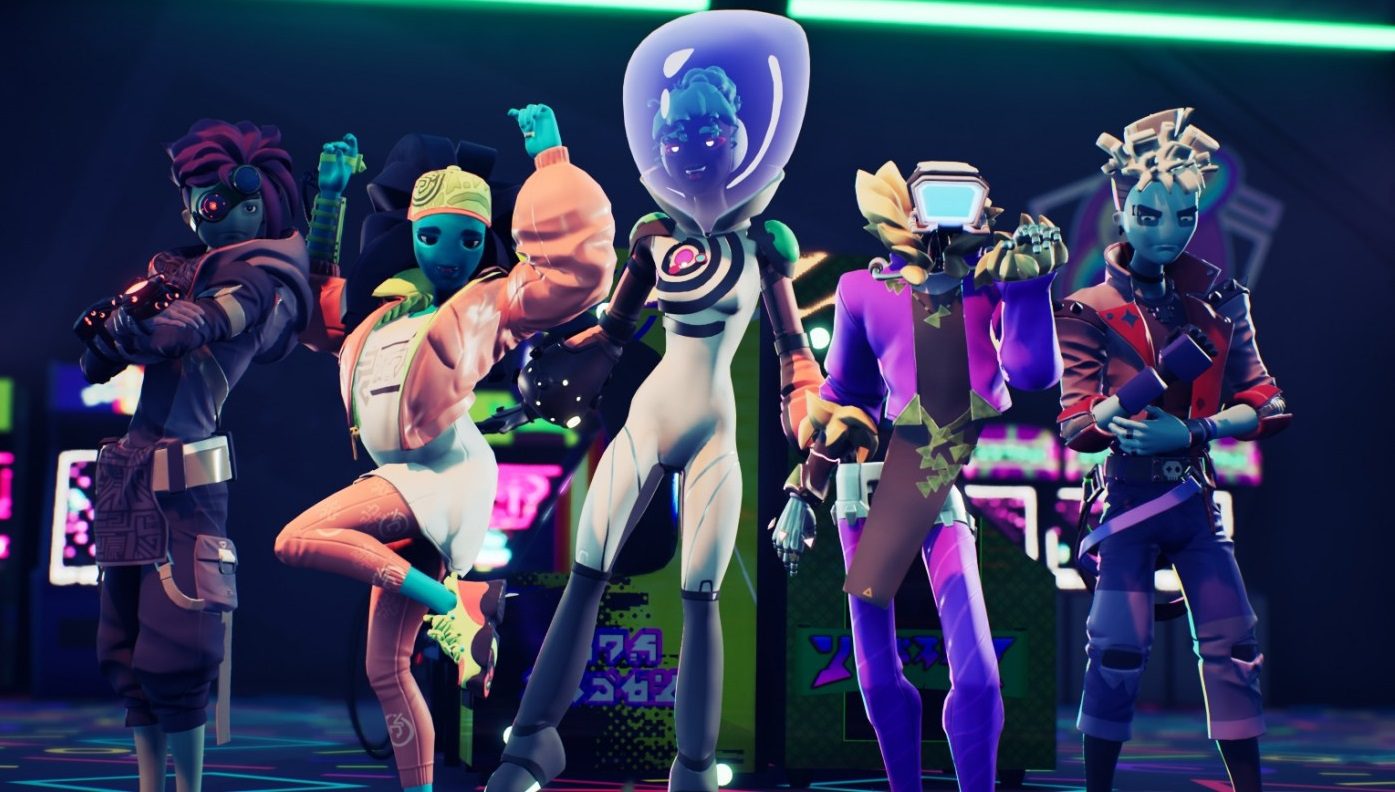 Can you and your super-dude friends save the last arcade in town? That’s the central concept of Arcadegeddon, a cooperative multiplayer title currently in the works at developer IllFonic (of Predator: Hunting Grounds fame). The colorful third-person shooter is expected to hit PS5 and PC in 2022, with Early Access available right now for a $19.99 entrance fee.

The premise of Arcadegeddon is simple yet frightening. In efforts to keep his arcade center — the last in town — from going under, owner Gilly has connected all of his best arcades to make a “Super Game”, because that’s how that works. Unfortunately, the mega-corporation Fun Fun Co. has injected Gilly’s game with a deadly virus that threatens to destroy his games, arcade, and livelihood. And so, Gilly rounds up his closest pals and enters the game world itself, determined to see off Fun Fun Co.’s fatal hack job personally.

As featured in the above trailer, Arcadegeddon will see players pick from a selection of customisable characters, before entering the game world to battle a huge array of bugs and glitches. Combining both PvE and PvP elements, Arcadegeddon is a mostly cooperative experience, as up to four players battle enemies in the environment and rival “gangs” in explosive shooter action. You and your buddies can loot chests and enemies for better weapons and gear while earning “Street Cred” to spend on custom items and other goodies. All of the action is infused with a hip-hop aesthetic, with a bass ‘n’ beat-heavy soundtrack produced by world-renown artists.

I think Arcadegeddon looks pretty cool at this early stage, though I don’t know whether the title will find its place within what is already an overcrowded market. I’m showing my age here, but I get a very distinct ReBoot vibe from the whole affair, probably due to the hi-tech environments and blue/green skin colors. You can check out Arcadegeddon in Early Access right now on both PC (via Epic Games Store) and PS5. We’ll see how IllFonic’s uniquely styled shooter fares when it finally hits the market next year.