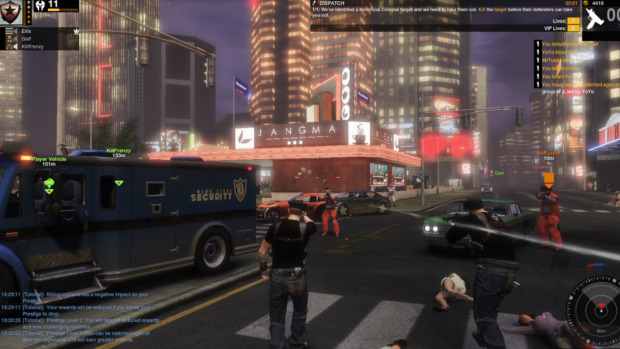 Just in case you don’t have enough free-to-play MMOs to deal with already, APB Reloaded has made its beta available to the public on Steam.

Jim gave it a 3.5 when it came out last year, and I agree — it was pretty bad. I first played it at PAX East in 2010, and the concept was very interesting, but it just wasn’t done. That was back when it was a regular subscription-based game. They were unable to make it successful, but it came back later as a free-to-play title. I was in the early beta for it, and I gotta admit, it’s actually not that bad. It’s the closest thing to a GTA MMO that we are probably ever going to see. It might not be the best MMO out there, but it’s definitely been improved since last year, and it’s free, so why wouldn’t you check it out?

If you sign up and play before December 19th, you get a free premium upgrade pack for ten days. That should be enough time for you to check out the game and decide if you wand to stick around.