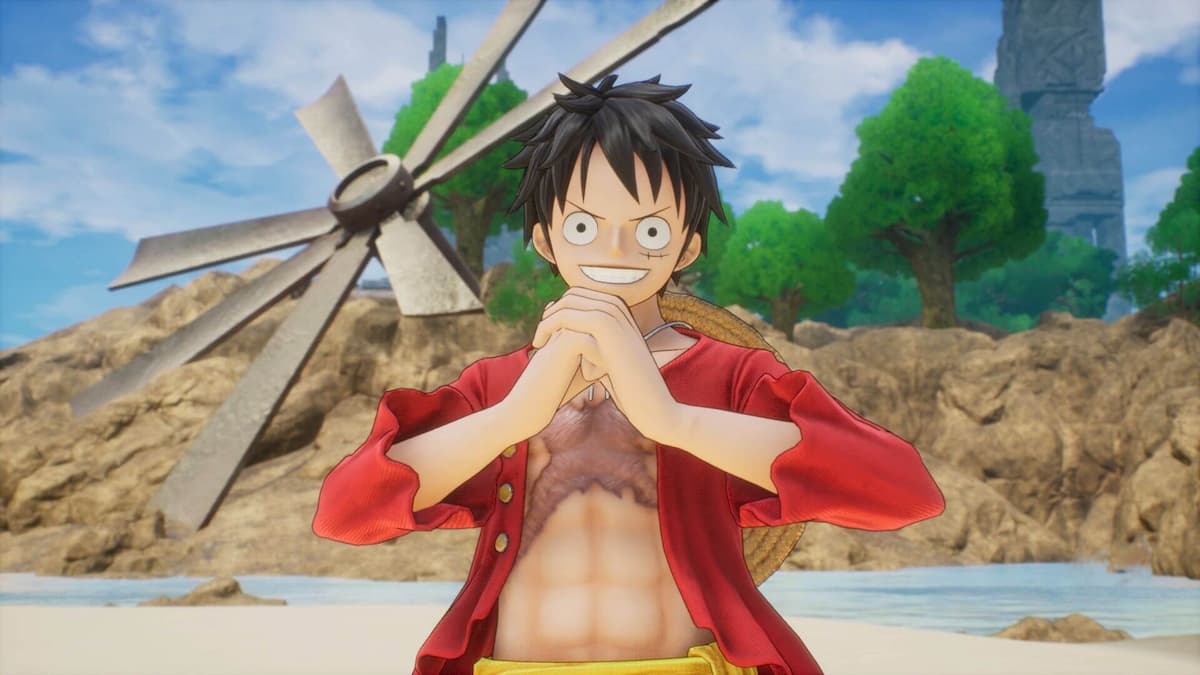 Buckle up, we’re talking about anime

When I hear that a new game is coming based on a popular shonen anime or manga, I tend to assume that we’re getting another fighting game that I’ll forget about within a week. I can only assume that every Naruto fan is a pro-level arena fighting game player at this point, given the number of Ninja Storm games they’ve been faced with. One Piece: Burning Blood, Dragon Ball FighterZ, My Hero One’s Justice, the ill-fated Jump Force — it seems to me that when you make a game based on a hit anime, the obvious move is to go for a fighting game.

It makes sense; these are usually franchises with a roster of fighters boasting a variety of recognizable signature moves, and fans are always clamoring for pointless power comparisons between any two given characters. If you really want an answer to the age-old debate of “SSJ3 Goku vs. Bardock,” all you need to do is look at a FighterZ tier list. But you know what genre can do all of that just a little bit better? Role-playing games.

Put your nose to the grindstone

The RPG, in its most primitive form, is a genre about getting buff. It’s about starting off as a capable fighter and slowly evolving into a formidable warrior. Dungeons & Dragons, Final Fantasy, Dragon Quest — all of these games fall under the same genre grouping primarily because they let the player grow stronger over time.

A couple months back, I went on a pretty severe Dragon Ball bender. I read all 500-odd chapters of the original manga in the space of about a week before I turned my attention to the wide world of Dragon Ball video games, starting with 2019’s action RPG Dragon Ball Z Kakarot. This is where I made a discovery that seems all too obvious in retrospect: at least since Raditz crashed in Goku’s backyard, Dragon Ball has been the story of a guy playing an RPG.

Kakarot isn’t the first game to invite this comparison, and there have been Dragon Ball RPGs in the past, but it stands true. Goku grinds his way from “unusually strong kid” to “god-battling superhero”. What are Dragon Ball Z‘s frequent training montages if not level-up fanfare? This is why Kakarot, a 7/10 by most measures (see Chris Carter’s review), is a near-perfect Dragon Ball adaptation.

The life of the party

Recently, after running out of halfway-decent Dragon Ball stuff to submerge myself in, I’ve begun tackling a more daunting task: reading One Piece for the first time. It’s a much larger project than reading Dragon Ball, but I’m about 600 chapters in, and when I heard the elevator pitch for the upcoming One Piece Odyssey, I was elated. The game is a party-based RPG, and I truly can’t think of a better way to adapt One Piece.

Dragon Ball Z is somewhat unique in that its fights are usually one-on-one, and its heroes are basically all brute-force punchy-boys (aside from Bulma, who really should be playable in more games). One Piece is the opposite. Certain characters may break off for the occasional side quest, but the Straw Hat Pirates are an RPG party if I’ve ever seen one. They’ve got a healer, a bard, a thief, a handful of specialized fighters, a rubber person — you know, the classics.

After I got over the initial excitement I felt at the idea of a One Piece RPG (not the first one and likely not the last), I realized that a lot of shonen series feature RPG parties. Naruto might be grinding his way to Hokage-dom, but he’s doing it with a lot of buddies at his side. Those lads from Demon Slayer are always fighting in little crews. The superheroes in My Hero Academia get Avengers moments every other chapter. Fairy Tail recently drew this comparison for me with its own party-based RPG, although I can’t speak to the quality of that one since I haven’t watched an episode of Fairy Tail in around a decade.

The point is, all of these massive rosters, that already make fighting games such a good template for shonen adaptations, would also make for pretty interesting RPG parties. Most of those characters are steadily upgrading their powers all the time anyways. Some of these properties already have built-in levels, like One Piece‘s bounties. Maybe it’s easier to drop anime characters into fighting games. I’ve never done it. But I have played those games, and I can proudly say that I’d like most of them a lot more if they were RPGs.

So in recent years, we’ve gotten RPG adaptations of Dragon Ball Z and Fairy Tail, as well as some Sword Art Online games that I don’t feel extremely qualified to comment on. With a release scheduled for tomorrow, we’ll finally get to check out One Piece Odyssey for ourselves. But what other series deserve the RPG treatment? Should Denji, Power, and Aki be the new Cloud, Barret, and Tifa? You tell me.

And maybe we can chill out with all those fighting games, if you don’t mind.

Related: One Piece Odyssey suffers from a lack of difficulty that leaves the gameplay stretched thin on Gamepur