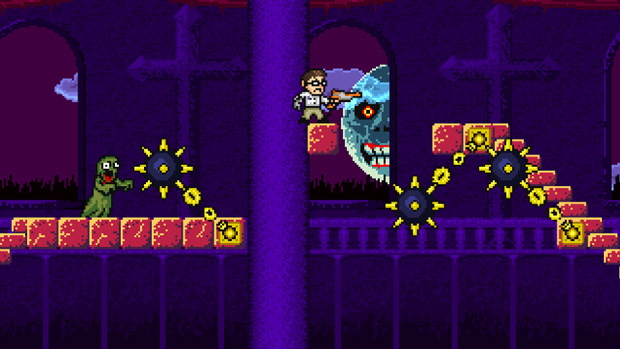 Unfortunately, plans for an NES port fell through

James Rolfe’s retrotastic digital quest, Angry Video Game Nerd Adventures, recently passed through Greenlight, securing a spot on Steam’s virtual storefront. According to a post on the game’s Facebook page, developer ScrewAttack Games will also be bringing the nerd rage to Nintendo platforms. Time to bust out the Advantage and set up the ol’ CRT in mom’s basement!

Slow it down, son! AVGN Adventures is just slated for modern Nintendo consoles, i.e. 3DS and Wii U eShops, as “the retro consoles can’t handle the game’s power.” Shame. I would have loved for the Nerd’s visage to grace the label of an NES game pak!

It’s only fitting that the artist formerly known as the Angry Nintendo Nerd would grace Nintendo platforms in his first official videogame debut. Will Sony and Microsoft’s machines get some loving in the future as well? Who knows!