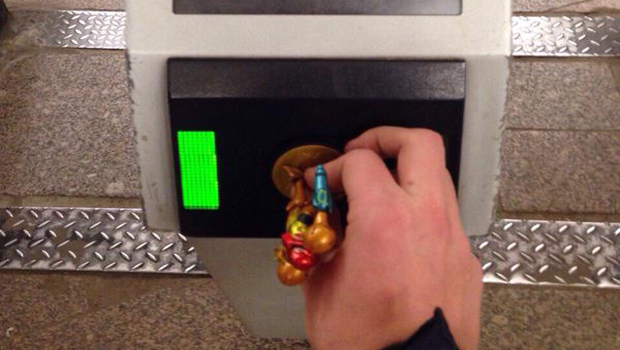 In Soviet Russia, Amiibo pays for you

[Update: Our Russian friends in the comments are reporting that the people in the video are saying that the Samus Amiibo doesn’t work with the Moscow Subway. I guess in Soviet Russia, green means stop and red means go.]

Like this trailer for Star Wars Episode VII, it’s possible that this video of someone using the Samus Amiibo to gain access to Moscow’s subway system could be an elaborate fake. It’s pretty convincing though. It it’s real, chances are either Moscow or Nintendo are going to have to change the way their NFC systems work in the near future.

If this leads to an official press conference between Vladimir Putin and Satoru Iwata on Amiibo politics and the right to freedom of near field communication speech, I will literally die and go to heaven that very instant. The only way it could get better is if Pussy Riot reforms as an all Amiibo punk band with a new album called Settle it in Smash.