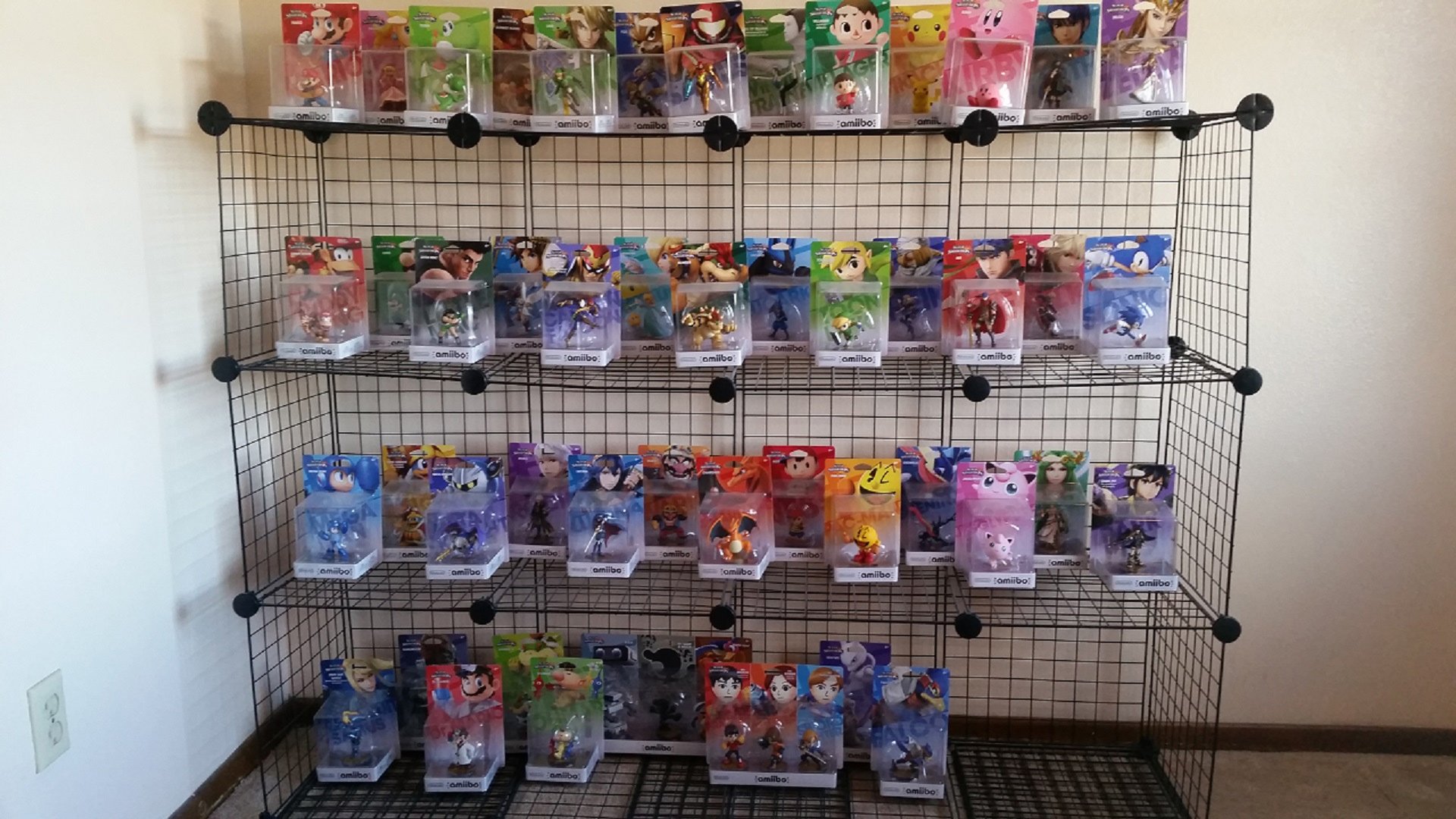 This world is full of objects you could put in your butt if you are so ambitious. Look around you. Almost anything within an arm’s reach, you could try to carefully wedge inside your butt. That’s just the cold, hard reality of life.

Within the past 14 months, Nintendo has made dozens of toys that you could, in theory, place in your butt. Some would probably be easier than others. Some would be downright unsafe. Still it’s your constitutional right to do it (unless you live somewhere that outlaws that sort of thing; don’t get arrested).

Of the 52 already-released amiibo in the Super Smash Bros. line, here’s how we figure each of those toys would function as a butt plug, in descending order. That is, assuming that the base wouldn’t break off, leaving you with a potentially embarrassing trip to the hospital.

Bowser is nothing but spikes and claws. You do not want Bowser in your butt.

Meta Knight, while a relatively little dude, has a huge wingspan and a very pointy sword. Your butt would probably not appreciate if you stuck Meta Knight up there.

Just like Meta Knight, Charizard also has a big set of wings. However, he’s way bigger, but with less sharp edges. There are 49 better amiibo to put in your butt.

Don’t be tempted by the novelty of putting a robot in your butt. There’s a lot of nuance to R.O.B. that would make it an inconvenient amiibo to stick in your butt.

A tongue that flies wildly the opposite direction of his outstretched arm makes Greninja a bad choice for butt plug replacement. In the heat of the moment, don’t get tricked into inserting Greninja in your butt.

Palutena wouldn’t be a very pleasant amiibo for your butt, but that giant blue thing behind her seems like it’d be especially bad. Sorry Palutena, but you shouldn’t be in anyone’s butt.

Why do so many amiibo have giant, pointy wings? Pit’s needlessly sharp bow doesn’t simplify matters, either. You aren’t fit for anyone’s butt, Pit.

Number 45 on this list, but number 150 in your hearts. Mewtwo should be ranked better, but it has a tail that sticks, like, a million feet from its body. That seems terrible. Stay out of our butts, Mewtwo.

Wii Fit Trainer is a slender figure thanks to her slender figure, but she’s all legs and arms in every which direction. Your butt wants no part of this.

Captain Falcon is just Wii Fit Trainer by another name as far as this list is concerned. The kicking looks real cool until you try to put Captain Falcon where the sun don’t shine.

“That dog don’t hunt.” – You, if you try cramming this enthusiastic duo in your butt.

Maybe Falco’s so grumpy because he once tried forcing an amiibo of his own likeness in his butt.

In almost the same pose as Falco, Fox would be a slightly better alternative due to his smaller stature. Still far from ideal for your butt, though.

Ganondorf is a big guy, but he’s almost entirely in a vertical position — apart from his cape, which would complicate matters. As with every other amiibo on this list, don’t put Ganondorf in your butt.

Donkey Kong seems like the 37th least pleasant amiibo to insert into your butt.

Lucina seems like she should rank better on this list (even though she’s wielding a sword), but her cape flows way too far to the side. She’s a deceptively wide and sharp amiibo. Do not — I repeat — do not put a Lucina amiibo in your butt.

Short, stout, and not recommended for your butt.

You beat your uncle out, little guy. Hope you’re proud of that, because no one’s shoving you in their butt.

Now that most of the obviously-terrible-for-your-butt amiibo are out of the way, we get to Mario who seems like he’s trying to tell you something with that giant fireball.

Rosalina, you’d fare better (on this list) if you weren’t toting that star around.

Smaller and less spiky than his pops, this is the koopa amiibo you’d want in your butt if push came to shove. Let’s hope it doesn’t come to that.

Out of all the amiibo on this list, Sonic is the one I’d bet has seen the inside of more butts than all the other figures combined.

The biggest sword would probably be the least inconvenient because it’s pointed straight down. Thank the heavens. Still, don’t put Ike in your butt.

Cute! But, cuteness doesn’t mean your butt is a good storage spot for it.

Zelda’s mostly compact, save for a wandering arm. You could find worse amiibo to stick in your butt (and better ones too).

Is it fair play to rip Pikachu’s tail off? No. No, it probably isn’t.

This overly large penguin ranks surprisingly well due to its lack of sharp edges. That’s something Nintendo needs to embrace if it ever wants to garner favor with this list.

Luckily that jagged sword is small(ish). However, it’s still not a good idea. That book is probably all about how you shouldn’t place a Robin amiibo in your butt.

Do I even have to say it?

Wario wants you to put him in your butt, and that’s reason enough to abstain. That giant fist doesn’t help matters.

What’s that thumbs-up and wink all about, Pac-Man?

Always the underdog, there are 17 better contenders than Little Mac for the amiibo Butt Plug Champion of the World. Kid, this ain’t your night.

There’s not a lot to Sheik, and that works in her favor. Well, with regard to this list anyway.

This is actually how the dinosaurs went extinct.

This list is always going to deduct points for swords.

Has anyone brought this up when arguing about gun control?

No weapons is best as far as your butt’s concerned.

Kind of like Sheik, but she looks smoother. Damage control is the name of the game here.

You probably do not want to be “really feeling it” in this instance.

Just because she’s top ten doesn’t mean you should do it.

Your butt will not appreciate that arm cannon.

This is a tough pill to swallow.

Lucario’s mostly trim, but he has a tail that might be problematic. You probably shouldn’t substitute Lucario as a butt plug.

I guess two-dimensional objects would go in your butt easier than most three-dimensional ones? Are there any scientists in the house?

I shouldn’t have to tell you this, but keep children far away from your butt.

Only Dr. Wily would prescribe a Mega Man amiibo for your butt. He seems like a bad doctor.

Kirby’s just a little sphere waiting to be placed in your butt. I wouldn’t do it if I were you.

Sure. Fine. Whatever. Put Luigi in your butt. I don’t care anymore.