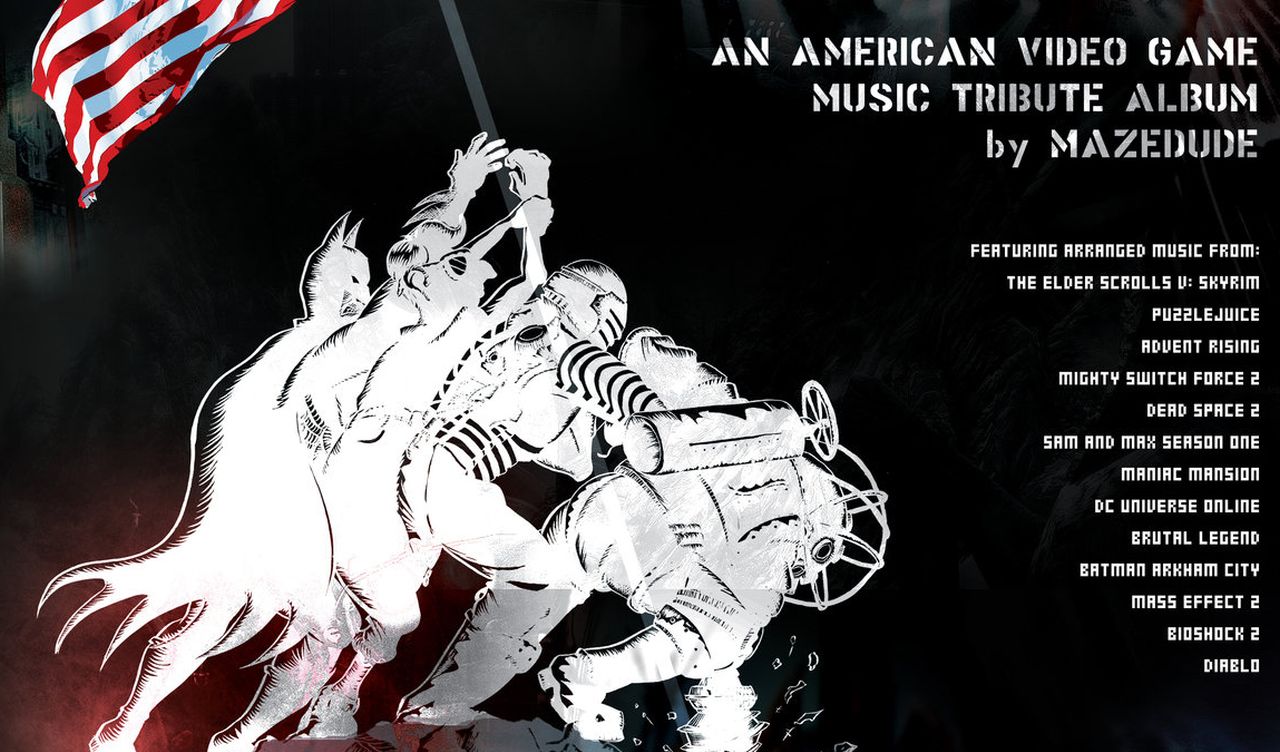 Mention a “video game music tribute album” and the first thing that usually comes to mind is a tribute to an old-school Japanese franchise, like The Legend of Zelda, Chrono Trigger, or Final Fantasy. Y’know games that working composers in their ’30s would’ve played growing up.

American Pixels, the result of five years of work by composer Mazedude and his collaborators, is a bit of an outlier, not because of its interest in American-made games (there are plenty of tribute albums to those these days), but also to its game selection. You’ve got arrangements for music from Skyrim, but also a number of productions you wouldn’t necessarily remember for their music, like Sam and Max, Maniac Mansion, and Advent Rising. Or at least, I don’t remember those games for their music (and in the case of Advent Rising, for anything at all), but I have it on good authority that I’m a philistine, so what do I know.

The album is available for sampling and purchase on Bandcamp, so you can check out its odes to BioShock 2, DC Universe Online, and even Puzzlejuice over there to make your own decision.