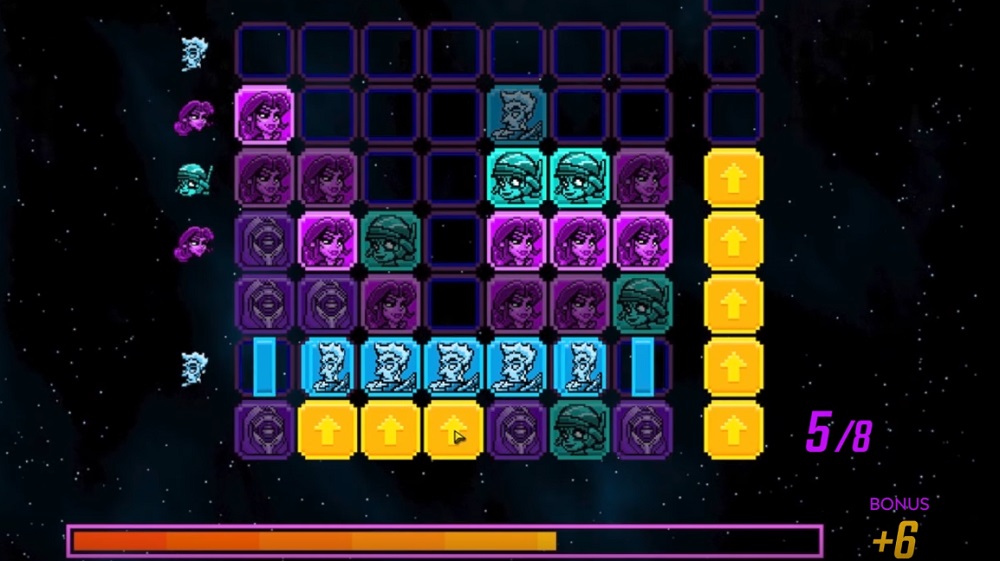 2K Games has released a new mini-game within its looter-shooter Borderlands 3. Borderlands Science is a neon-infused tile-puzzler which, just by player interaction, helps decode the mysteries of human biomes, helping to save hundreds of thousands of hours in A.I. coding.

Here’s how it works: While playing Borderlands Science, players are tasked with matching up coloured titles – emblazoned with the faces of popular Borderlands’ characters. Matching up titles by shape and colour creates combos, reminiscent of classic puzzlers such as Tetris and Puyo Puyo.

All of these in-game tiles – behind the curtain – represent microbes that exist within the human body, microbes that can be responsible for ailments and illnesses such as cancer, diabetes, Alzheimer’s, and Parkinson’s. Because trillions of these microbes exist, it’s difficult for computers to recognise them, and then relate patterns of probable cause. But, through the act of playing Borderlands Science and linking these coloured tiles, players are helping to construct new A.I. algorithms. In essence, playing the game helps teach computers how to identify certain microbes and relate them to each other. This information will then be made readily accessible to a worldwide network of scientists and servers.

“We are always looking for new partners in the field of gaming, and this is a perfect fit for us,” said Massively Multiplayer Online Science CEO Attila Szantner. “We created MMOS to connect scientific research and video games as a seamless gaming experience, and that is exactly what this has become. I believe that Borderlands 3 players advancing microbiome research will change how we think about video games.”