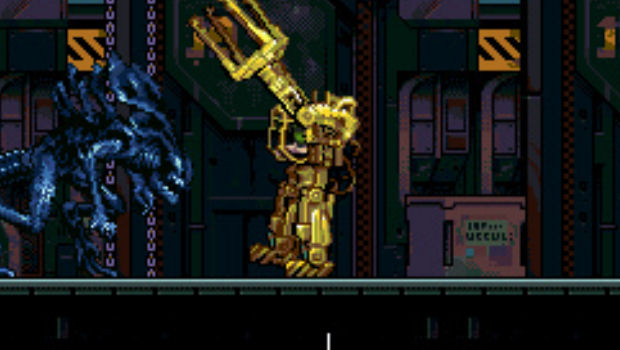 The headline to this article may look very redundant — after all, saying that an Aliens game is based on Aliens is like saying Call of Duty has some guns in it, right? Not quite. Director Adam Tierney makes a good point about licensed games that aren’t really based on their licenses, and promised Aliens: Infestation won’t go the same way.

“When I say based on Aliens, I mean BASED ON ALIENS,” he said. “This isn’t just an action title that happens to feature Xenomorphs. This is a game firmly set in the world and events established by James Cameron, and Ridley Scott before him. It’s a game that pays homage to both of those films, without recycling from either, and continues where they left off.

“… We realized a true Aliens game would only work if players got as invested in our characters as we were in Hicks, Vasquez, Apone, Bishop…yes, even Hudson. We had to make players love everything about our Marines: their weapons, their abilities, their appearance, their personalities, even their humor. So that when they died (and we’re talking real, permanent death), it actually meant something. That’s a pretty tall order for a game where the characters are only 40 pixels tall.”

From what I played of Infestation, I already found myself liking the Marines and their comic book personalities. The idea that they can die for real, after earning a player’s love, is incredibly intriguing, and is but one of many reasons I’m hyped for the game. September 30 can’t come quick enough.