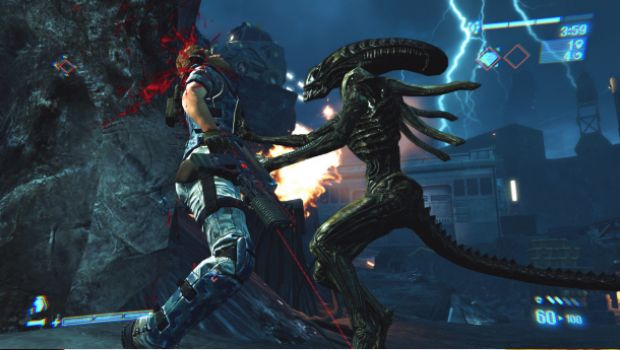 Studio lashes back at ‘frivolous litigation’

Both Gearbox and SEGA have responded to a class action suit that alleges customers were lied to during the development of Aliens: Colonial Marines. Both companies are happy to defend themselves and seem unswayed by the threat of legal action.

“SEGA cannot comment on specifics of ongoing litigation, but we are confident that the lawsuit is without merit and we will defend it vigorously,” boasted the publisher.

Meanwhile, Gearbox had stronger words, calling the suit “frivolous” and defending its use of unrepresentative walkthrough demonstrations.

“Attempting to wring a class action lawsuit out of a demonstration is beyond meritless. We continue to support the game, and will defend the rights of entertainers to share their works-in-progress without fear of frivolous litigation.”

The trouble with this particular lawsuit is, Gearbox and SEGA will probably be absolutely fine because of the narrow focus of the allegation. It focuses purely on the walkthrough, which can indeed be defended as a work-in-progress.

If it had focused on the fact that the game was not the Gearbox production it claimed to be, or that SEGA continues to sell the game with misleading assets, it might have had a better chance. Sadly, Gearbox can indeed sit on its high horse and claim it was showing a work in progress, even though that “work” was not so much “in progress” as it was designed solely to be showcased — as evidenced by the fact the finished product is completely different.

At least Gearbox is proud of what it did, and the savvier customers now know full well that anything the company shows in future could be total bullshit. I guess we can’t claim to be mislead in future if the next thing Gearbox makes is a turd.

I’m certainly expecting it, given the standards of acceptability the studio has proudly demonstrated throughout all this.

Sega: The Aliens False Advertising Lawsuit Is “Without Merit” [Kotaku]