Take on the Xenomorphs with some pals this holiday season

It’s time to ring in the holiday season, and what better way than to slay some Xenomorphs with your co-op crew? The multiplayer shooter Aliens: Fireteam Elite is making its way onto Game Pass, for both Xbox and PC, on Dec. 14, 2021.

Aliens: Fireteam Elite is a co-op shooter that pits you and two squadmates, either human friends or AI companions, against swarms of Xenomorphs (and some Weyland-Yutani Synthetic enemies too). You play as a custom Colonial Marine, picking a class, weapon, gear, and perks to assist you in not becoming alien food.

The story, taking place a couple decades after the original Alien trilogy, still features plenty of the same tech. That means all those great machine guns, flamethrowers, and more weapons you probably saw a lot of in Aliens.

At launch, Aliens: Fireteam Elite got a Horde mode for those who finished all four packed-in campaigns. And over the first year of the game’s post-launch support, developer Cold Iron Studios is set to add more. The Dec. 14 update, which coincides with Aliens: Fireteam Elite hitting Game Pass, will add a new game mode and lifetime stats, as well as new weapons, attachments, and cosmetics. Then in Q2 and Q3 2022, more features, weapons, cosmetics, and other add-ons will trickle into the fold. 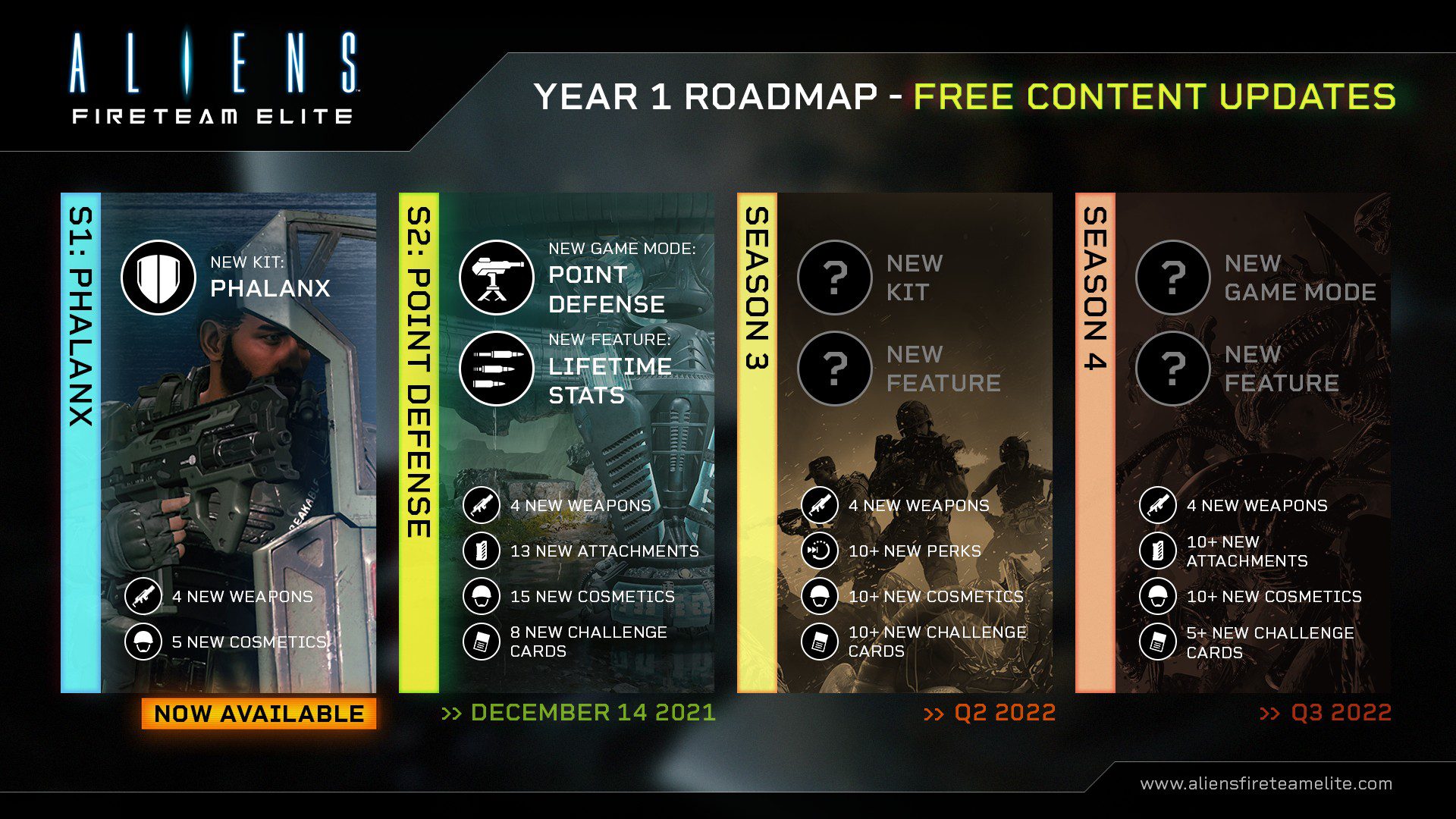 The launch of Aliens: Fireteam Elite wasn’t the most well-received co-op shooter. But hey, if you have a bunch of pals with Game Pass and some time to kill during the holidays, it might be worth a run or two of the campaign. If anything, it’s a way to avoid one family and make a new one, forged in the fires of holding out against the Xenomorphs.