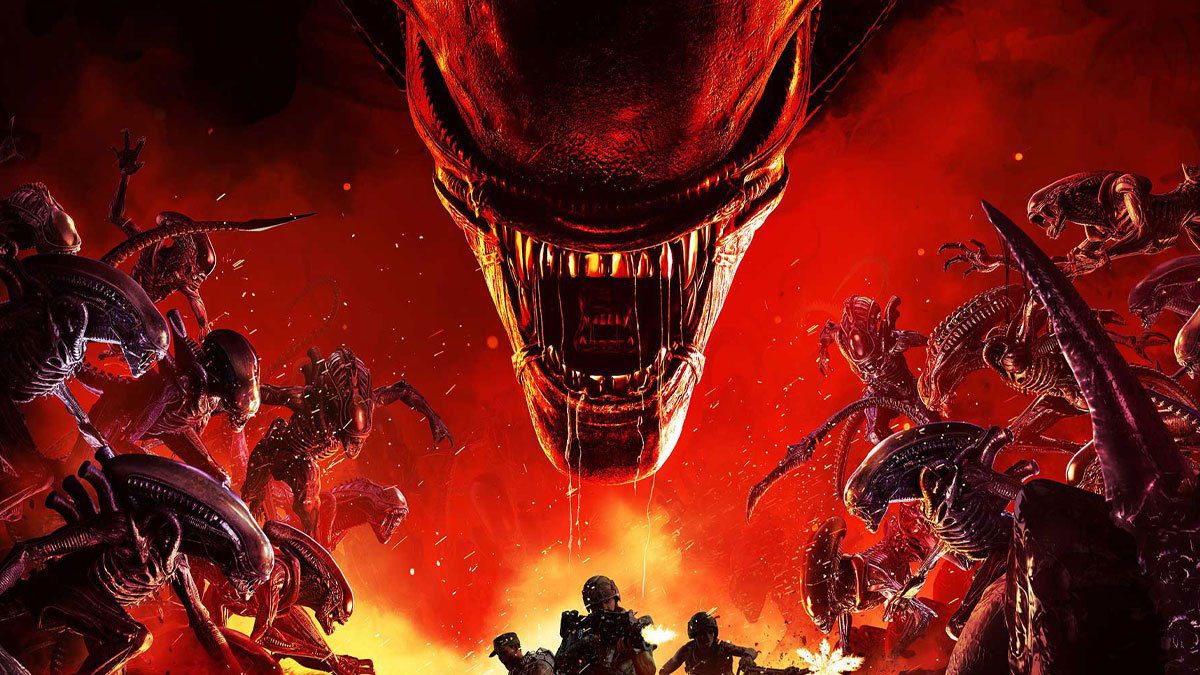 Only a [chest]-burst of enjoyment

Like Terminator, the Alien franchise has been dragged out beyond the grave so many times it no longer has authority. Aliens: Fireteam Elite doesn’t really change that.

While this is nowhere near as bad as the travesty that was Colonial Marines, Fireteam Elite is essentially a reskin of a lot of existing shooters with the Alien brand. 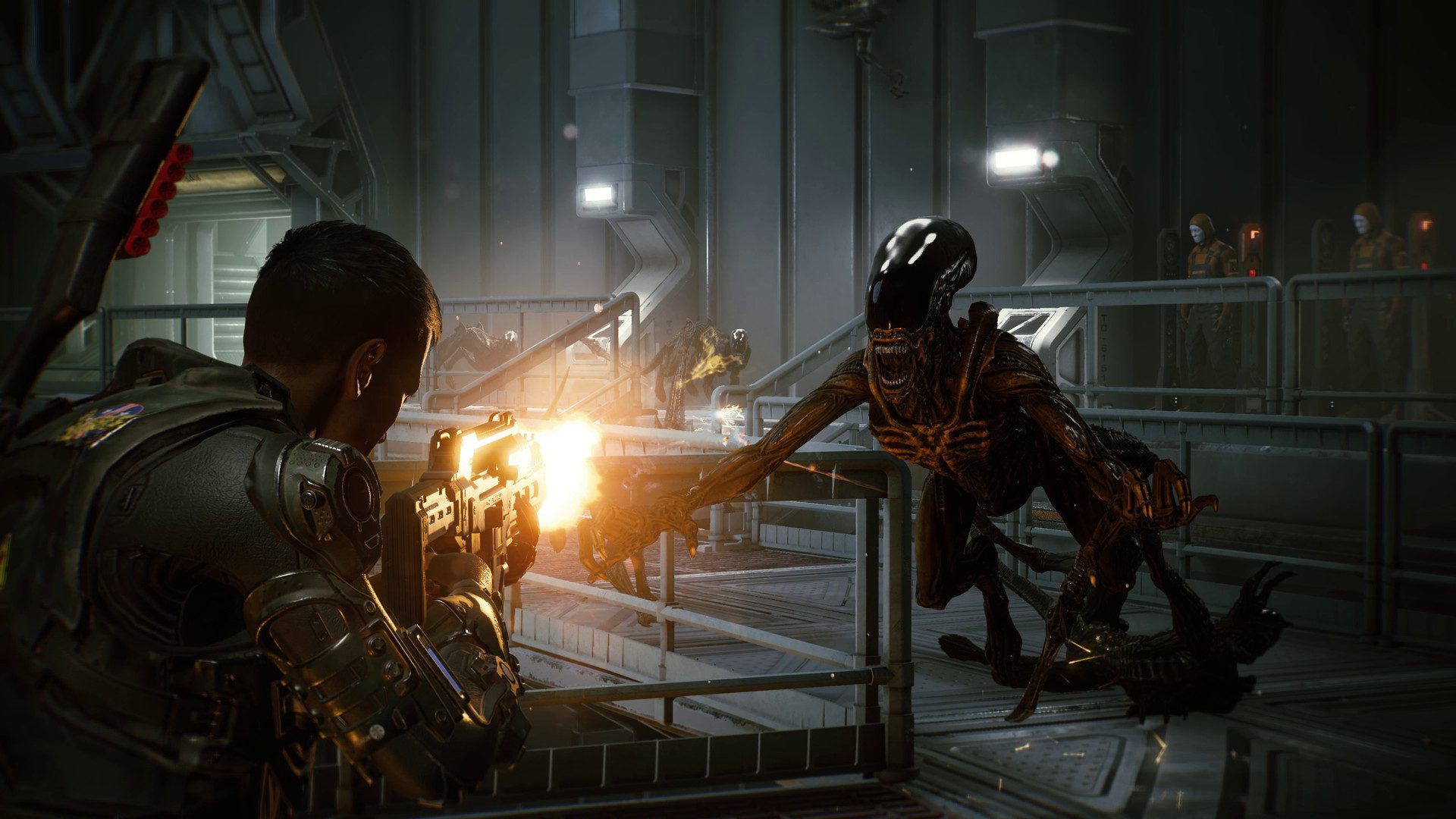 This is basically Left 4 Dead and modern looter shooters crammed into an Alien framework. It’s as simple as that. And that’s not inherently bad! It’s just the way Fireteam Elite goes about it that limits its own ambition. The very first thing I noticed beyond the barebones character creator (which allows masculine and feminine options as well as full voice selection) was the bad voice acting with no lip movements during mission briefing. Aw, here it goes.

Aliens: Fireteam Elite is a third-person action shooter that, at first glance, is indistinguishable from most of the other looter shooters on the current market. You’re doing scripted missions with the ability to swap to a horde mode. Those scripted moments do lead to some cool interactions, like slinking down dark hallways with lots of steam (classic Alien ship shoutout) while aliens come at you from both sides.

There’s a lot of scripted arena portions in fact, in the style of Destiny, where you’re trying to “survive” while some countdown occurs or an elevator is on the way. Many of them are appropriately tense, and aliens crawling along chain-linked fences trying to get to you does set the scene. If you don’t have two real-life partners they will be provided to you via AI, with a certain amount of deaths [downs/revives] allotted to each character.

I totally get the vibe they were going for with this delivery system. Where it all falls apart is a lack of weight in multiple facets of the shooter foundation. Your AI ranges from somewhat responsive and formidable to “I literally won’t shoot an enemy attacking you until you do, which triggers the behavior.” Enemy AI mostly locks onto your location and runs at you at all costs, but occasionally it checks out: like the time I walked around the corner and saw a named enemy just sitting there. One big red flag I saw was in an early mission: when an over-the-comms NPC said to “watch out!” for a new enemy type 15 seconds after it was introduced and wailing on my crew.

My biggest beef is that combat has little weight or punch to it. Gun sound effects are very soft and enemies kind of flop around and explode into yellow goo without consequence. Aliens: Fireteam Elite is content throwing tons of mobs your way, to the point where it turns into a typical zombie game. Now xenomorphs were always really hard to get right (and Isolation is one of the few that was able to handle that by taking cues from the first Alien film), but there’s got to be a better way here with more interesting animations and AI.

Some of that is alleviated by the arcadey hero shooter-esque cooldown abilities. Like the chance to “overclock” and fire faster in a short burst of time when an elite enemy comes your way (or the cooldown-ready grenade system that keeps you engaged constantly). It might sound dumb (the phrase “hero shooter abilities” is going to get a collective eyeroll for sure!), but this approach saves Fireteam Elite and gives it some personality; albeit borrowed. The Call of Duty classes/loadout system and challenge cards (risk-reward power-ups you can choose before a mission) can help differentiate you from your peers mission to mission. 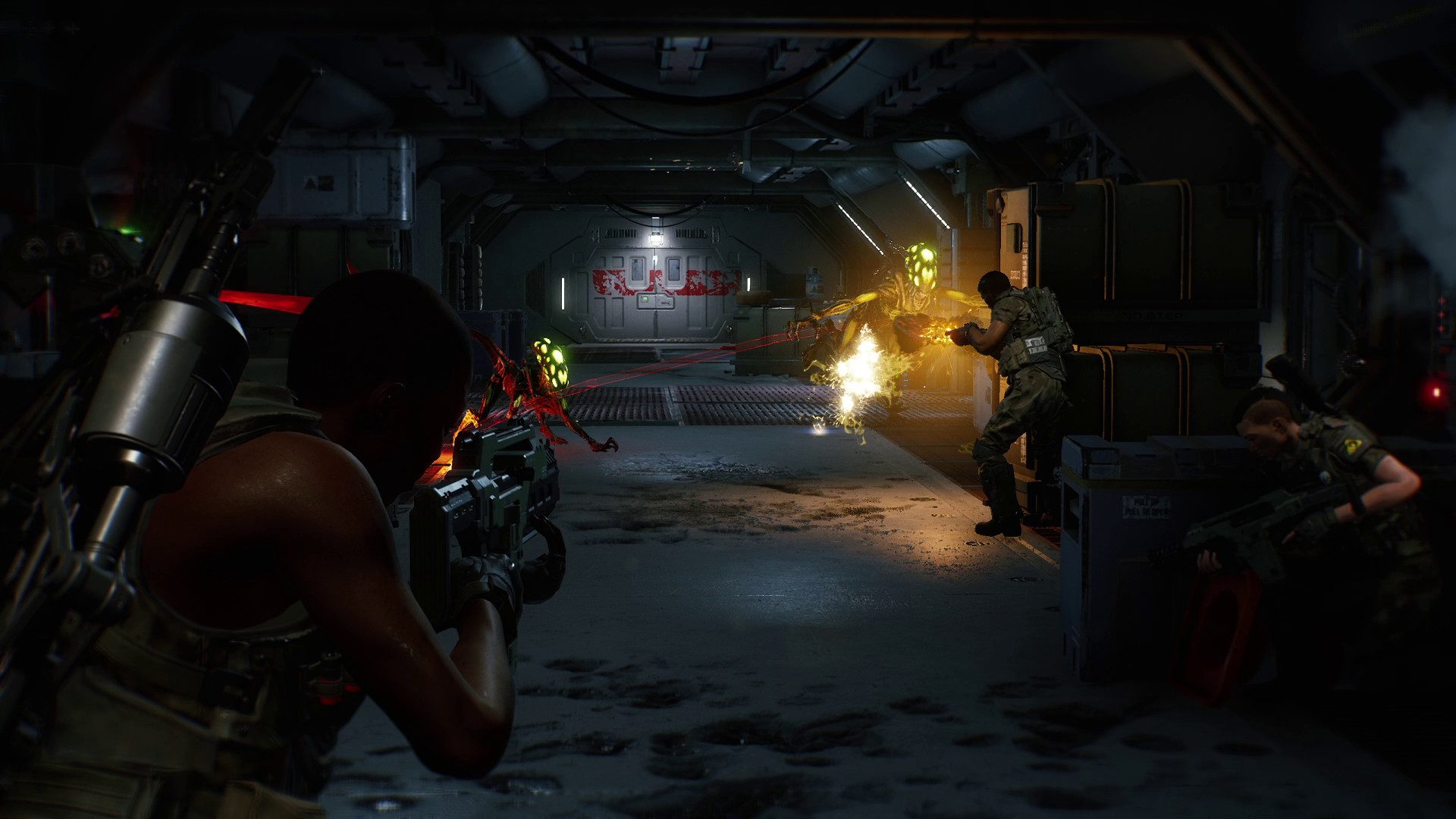 Again, I get what they were going for here, and there’s many admirable approaches to the groundwork with this co-op shooter. Just because they’re using mechanics and concepts from other shooters doesn’t inherently make Fireteam Elite rote, but the actual Alien part could have used a little more time in the oven creatively.

There’s a lot of mindless fun to be had, especially when you’re in the thick of it, fighting off a horde with a crew. The upright warrior types chasing after you in an attempt to maul your team is a hoot, especially when you fire back with a few power-up abilities and blow them away. If the game was swapped to first-person and gunplay had a little more weight and better sound effects, Aliens: Fireteam Elite would instantly get better.

Like the meh Terminator project before it, if you’re really craving something substantial from the Alien IP, you might like to blow apart some creatures here. Otherwise, wait for a sale and give the campaign one run-through with two other friends over a weekend: it’s the best way to experience this extremely proviso-laden game.