SEGA and Gearbox have been slapped with a class action suit for Aliens: Colonial Marines, accused of lying about the game to get it sold. It was only a matter of time.

Edelson LLC has taken the case, which alleges that demo footage was used to promote Colonial Marines, advertising the shooter with images that “bore little resemblance” to the (un)finished product. The suit was filed on behalf of one Damion Perrine.

“Unfortunately for their fans, defendants never told anyone — consumers, industry critics, reviewers, or reporters — that their ‘actual gameplay’ demonstration advertising campaign bore little resemblance to the retail product that would eventually be sold to a large community of unwitting purchasers,” reads the suit, as nabbed by Polygon.

“The gaming community had a strong reaction to the release of Aliens: Colonial Marines,” said Edelson, on why it took the case. “We think the video game industry is no different than any other that deals with consumers: if companies like Sega and Gearbox promise their customers one thing but deliver something else, then they should be held accountable for that decision.”

Some have wondered why Colonial Marines is getting singled out, when games like Killzone 2 and even BioShock Infinite have demonstrated gameplay unrepresentative of the retail product. Indeed, Killzone 2‘s E3 demo was a sham, and Elizabeth has no horse resurrection scene in Infinite.

Well, aside from the fact that neither Killzone 2 nor Infinite turned out to be a load of buggy, undercooked, disrespectful shit, the major difference is that Gearbox and SEGA kept showing the false footage. The advertising standards authority actually had to step in to stop SEGA Europe misleading its customers with demo footage, weeks after the game had launched, while the American site still uses misleading videos and completely doctored screenshots to advertise the thing.

We got to see what the other games looked like before they were up for sale. Not so with Colonial Marines. 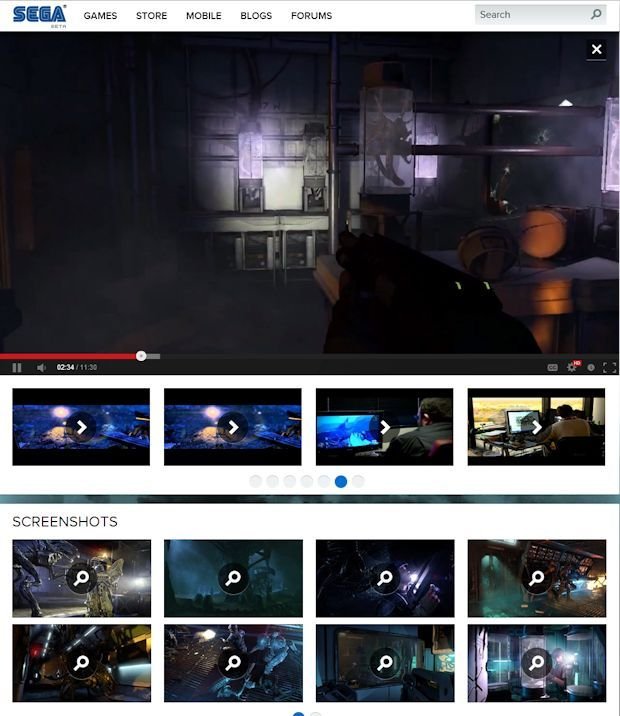 I’m generally not a fan of class-action suits, but I’m not about to whip out a little violin and lament the inconveniencing of a pair of companies that still, despite claims of investigation, have refused to address why this game turned out the way it did, or even who actually developed the fucking thing. At the very least, it’d be nice to find out what went wrong, or at least get someone to stop showing images of players fighting an Alien Queen with a Power Loader, rather than pressing six buttons to pathetically fling her out of an airlock.

We probably won’t get answers, as those responsible for this mess have proven themselves slippery and obfuscating under pressure. It’d go some way toward making things right, though.