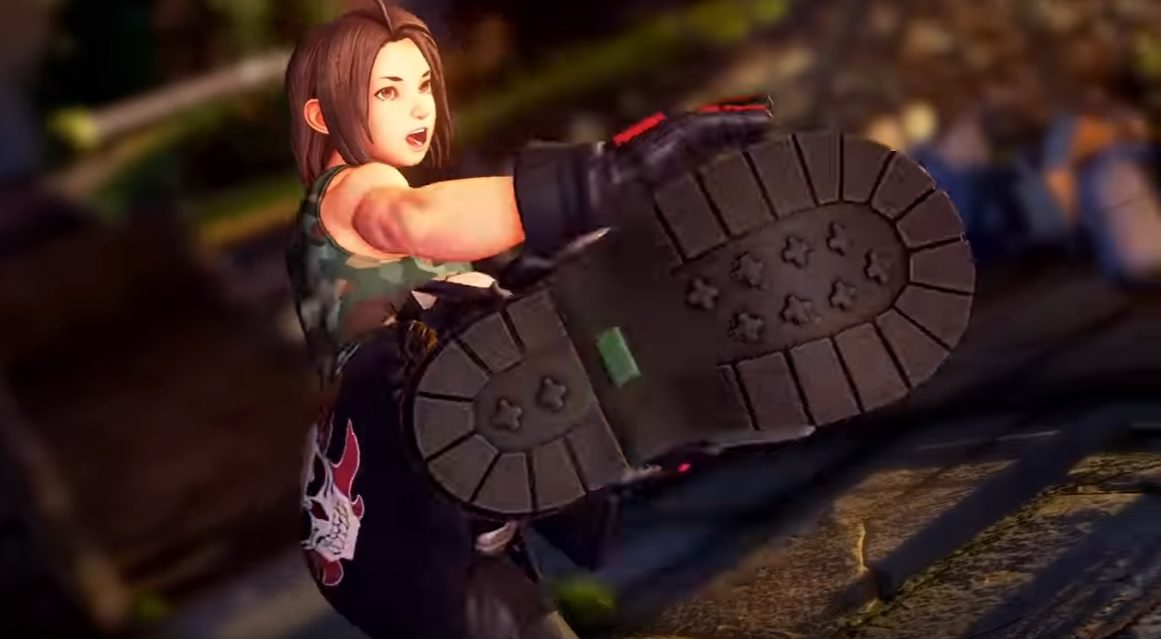 Capcom fighter not down for the count just yet

For many players, the most exciting part of today’s update is the arrival of badass biker gal Akira Kazama, who steps into the Street Fighter universe having squashed heads in Capcom’s great, missing-in-action fight franchise Rival Schools. Bedecked in her intimidating biker garb, Akira will use her deliberate and hard-hitting Bajiquan to take on Ryu and chums, felling foes with impactful strikes and well-measured strings. And when things get a little too much to handle, big brother Daigo will be around to lend a helping fist.

Akira Kazama brings with her a new stage, a grimy highway underpass, which is recreated from its appearance in the original Rival Schools. Kazama’s fellow team members Eiji Yamada and Gan Isurugi also cameo as background characters, cheering on their fearless compadre.

One of the most unique Street Fighter characters in the series’ storied history, Oro is a mysterious hermit who has mastered zen-like tranquility, powerful and manipulative psychic abilities, and, seemingly, the key to immortality. Having debuted in the excellent Street Fighter III, Oro makes his long-awaited return to the ring with most of his trademark skills in tow.

Oro is a master of juggle combos and possesses amazing air capabilities, baiting out opponents with tricky directional options. Oro’s Tengu Stone V-Trigger affords the hermit the opportunity to extend combos with the use of debris gathered from the battlefield – a powerful mechanic that has led many a SF III player to victory. Arguably one of SF‘s most complex characters, Oro can be satisfying to master and infuriating to confront.

Akira Kazama and Oro are the third and fourth characters to arrive in Street Fighter V season five, following Dan and Rose. They will be joined by franchise newcomer Luke later this year, rounding out Street Fighter V‘s roster. You can check out the full patch notes for the new update right here. Quite frankly, me and Juri are afraid to look.