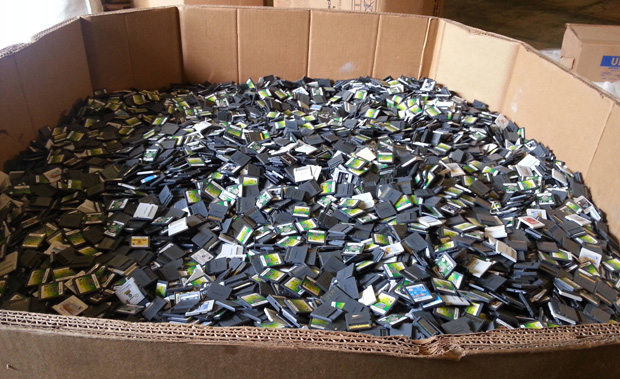 And other crappy games

I figured former Destructoid editor-in-chief Nick Chester had purchased all of the unwanted copies of iCarly 2: iJoin the Click! and, I don’t know, bathed in them or something. Apparently not!

This image comes from reddit user HxCurt, who says he works at an e-recycling warehouse that purchased these DS and 3DS games for their gold scrap. The pile apparently weighs 1,200 pounds and while it’s not all iCarly, that’s the majority of the lot.

Yes, it’s the week after E3 and news is slow. Yes, I would’ve run this anyway.