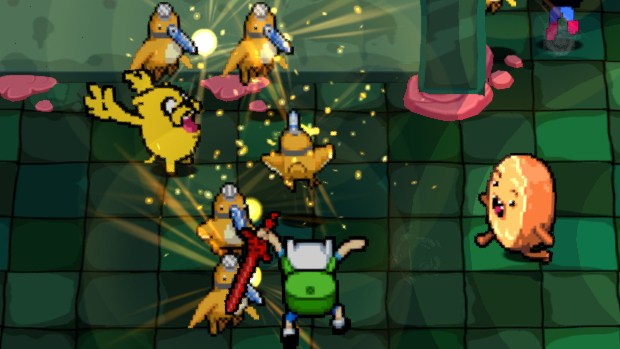 The upcoming Adventure Time game, Explore the Dungeon Because I DON’T KNOW, got a new trailer showing off its hub world from where you can boost stats and purchase things, as well as listen to the fully voiced show characters, like Lady Rainicorn, who provide these services. I just want to talk to Choose Goose forever.

Also shown off in the video are new additions to the playable roster: Flame Princess, Ice King, and Lumpy Space Princess. These three join previously announced Finn, Jake, Marceline, and Cinnamon Bun. Now I have to decide between Marceline, Jake, and Flame Princess. Hmm.

The game, which tasks you with crawling through Princess Bubblegum’s secret dungeon (because I don’t know!) comes out this fall on PC, PS3, 360, Wii U, and 3DS. It’s also looking like it will be darn good and considerably different than the last Adventure Time game. So, come on, tell your friends. It’s adventure time.