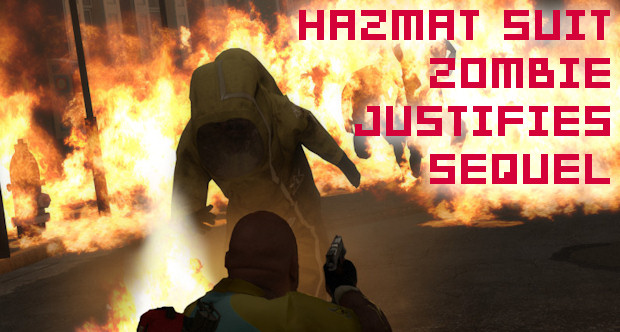 First off, thanks to Adam Sessler for giving us props in regards to dropping the rumortoid bomb that Left 4 Dead 2 was going to be announced at E3. Funny how almost no one believed us. Everyone must have thought we were crazy. So crazy.

Anyway, on the latest Sessler’s Soapbox, Adam had a few things to say about all the people enraged over how Valve has “betrayed” them by making Left 4 Dead 2. The original Left 4 Dead did great in terms of sales, so it was a no-brainer that Valve would want to make a sequel. And as we know, the sequel is going to add a lot of new features that should really set it apart from the original.

We’ve expressed the same feelings as Adam has on the issue and agree with everything he had to say here. Valve — like all the other game companies — is a business, and they don’t owe us anything. Check out what The Sess had to say after the break.

Seriously. All you whiners could be doing better things with your time … like making nude patches for Left 4 Dead!