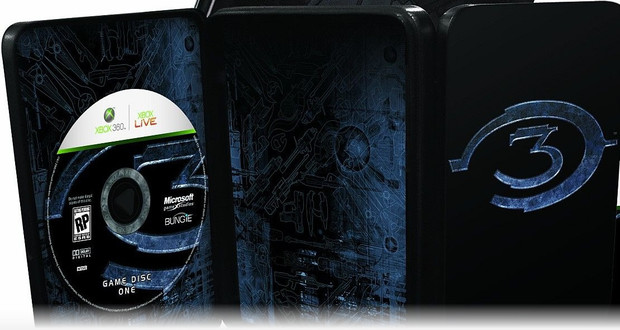 [Last week, I asked you to write a blog about that game you just had to have, and why you were so excited for it. Our first promoted blog is from Tarvu, who tells us about the excitement he had for the Halo 3 release, and how he hasn’t had as much excitement or anticipation for any game since. Want to see your own blog on the front page? Write a blog on our current topic: Zelda! — JRo]

People often complain these days about persons who are twelve years old, they are the age scapegoats of the young Internet user, and I am afraid to say that this story starts with a twelve year old. The year is 2002, and a particularly awkward twelve year old, he had recently started his second year at his secondary school. His classmates were different to those of last year due to incomprehensible administration decisions, and as such found himself in receipt of a new friend; a strange and amiable creature with a delightfully unpronounceable name. Also around this time, a new face had appeared at the Scouting group that this twelve year old attended; a complete and utter cheeky git.

These two people had a shared property and interest, they both had Xboxes and were fond of the game Halo: Combat Evolved. It wasn’t long at all before that twelve year old wanted to own and play them too, and I should know, for I was he.

My gaming practises at the time consisted of playing a handful of games on an original PlayStation 2, most notably Grand Theft Auto III and Vice City. I didn’t have access to the Internet or much money, I’d keep up on releases with the occasional purchase of the Official PlayStation magazine. This left me with a blind spot as to what was available on other platforms, and before playing Halo I had little experience playing First Person Shooters. Not that there weren’t any on PS2, I just hadn’t come across them. Halo had, by many accounts, taken the console gaming world by storm and even as reader of a Sony-centric gaming magazine, I was reading plenty of articles about games that might be a Halo-killer. It seemed that there was no equal to the title at the time. I spent many an evening during my middle school years playing Halo at friend’s homes, and my first real taste of multiplayer gaming came from the unusual assemblies of consoles and television sets that arose from shared interests like Halo.

In 2004 my PlayStation 2 died, like many originals did. With the impending release of Halo 2 in November and the desire for Microsoft’s console firmly settled within me, I rather dearly wanted an Xbox of my own. For Christmas I got my wish, and a Limited Collector’s edition of Halo 2. There was also a copy of Tony Hawk’s Underground in there, but that’s the story of how I came to know the words to several albums and so shall not be mentioned further.

With my own Xbox, I was finally able to actually play the damn game through at my own pace and be disappointed in the plot of the sequel at my own pace. I was also able to contribute towards LAN parties, and over the next few games there was plenty of that. I made many friends suffer for having the audacity to play Halo games against me. A lodger around this time also gave me and my fellows our first experiences in playing on Xbox Live; I still remember four of us playing on his account with our symbols as the numbers one through four. Even though his gamertag no longer exists Bungie.net remembers it too. It was great fun, and in early 2007 I was on Xbox live myself. By that point in time however Xbox Live as I knew it was old, as was my Xbox.

The Xbox 360 was announced and released within a year of me getting its predecessor, and I was perfectly content not having it. Until E3 2006. The announcement of Halo 3 was the announcement of the game that would sell the console to me, and the announcement of the game that I am writing this about. By this point in time I had access to the Internet through a meagre laptop of the time and having few other gaming interests I steadily consumed the information that Bungie put out for the game. My friends were amongst the many who bought Crackdown and spent time typing “Crackdown sucks” using our elbows on the Bungie.net forums whilst waiting for the Halo 3 beta to go live. We spent every moment we could on the beta, which coincided with our GCSE exams so conveniently we didn’t have school. In 2007 the Elite model of the Xbox 360 with a decent hard drive was being released, and had a release date of August 24th for my region. I struck up a deal with a parent that in reward for doing well in my GCSEs I’d get a certain amount of money down on this new SKU, it was a sure bet and on that day in August I got my Xbox 360 (along with a bundled copy of BioShock which released on the same day, so much win). The rest of that day was partly spent around another friend’s house, playing the free Xbox Live Arcade game Aegis Wing.

Wednesday the 26th of September, 2007 was very much a day that I had been anticipating for some time, as I hope I have made clear. I had pre-ordered my copy of the Limited Collector’s Edition from the local GAME outlet. Wednesday afternoons for many post-GCSE students in England have no scheduled teaching, we were no exception and my friends and I planned to spend that afternoon playing the hottest release of the year at one of our houses just around the corner from school on his big-ass television. First of all, we had to pick the game up.

My local store was due to open at 08.00 on that day, and being 16 and living 2 miles from town my friend and I got up at dawn and biked into town to wait for the store to open. I don’t know to this day whether it reflects well on us or not that we weren’t even the first people there. Is it better to be the biggest nerds in the Vale or only the second biggest? Who can know. Bloody Nerds. The store opened earlier than expected, and by that time the store opened there were a dozen or so people there, some our age, also waiting to get it. When it opened, we quickly passed through checkout and possibly blew money on t-shirts as well. According to the receipt my transaction was at 07.46. We discovered the brilliant design choices for the collector’s edition and then decided to head back to our grotty village. From there the plan was to get a lift into town, dump the game and my Xbox 360 at a friend’s house and head to school for what must have been a few unbearable hours. When the time came, we played it. We enjoyed it. That weekend we played through the campaign on Legendary in one run. It was all so good. Such good fun. 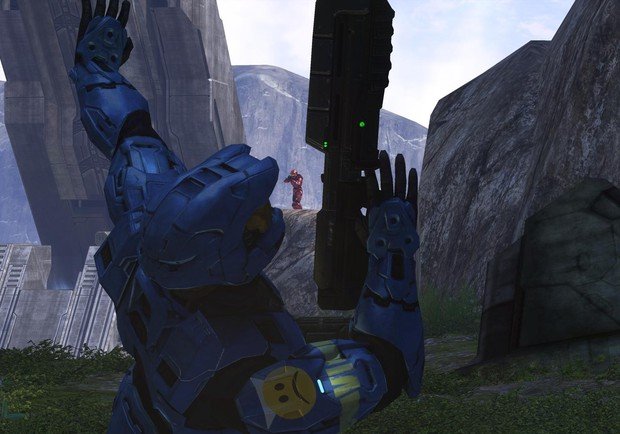 These days, there is no such plan regarding releases and no such anticipation. I rarely buy a game from a store, there are better deals online. The internet has expanded what I know of gaming. My knowledge has made me cynical; my cleverness, hard and unkind. This puts me in an uncertain situation regarding my attitude to the future of Halo games. I happily say I am a fan of Halo games despite all the criticisms people may have for them, not because I think they’re necessarily brilliant games, but because there is no other series that I can say has made such an impact on how I have played games, and most importantly, who I have played them with.